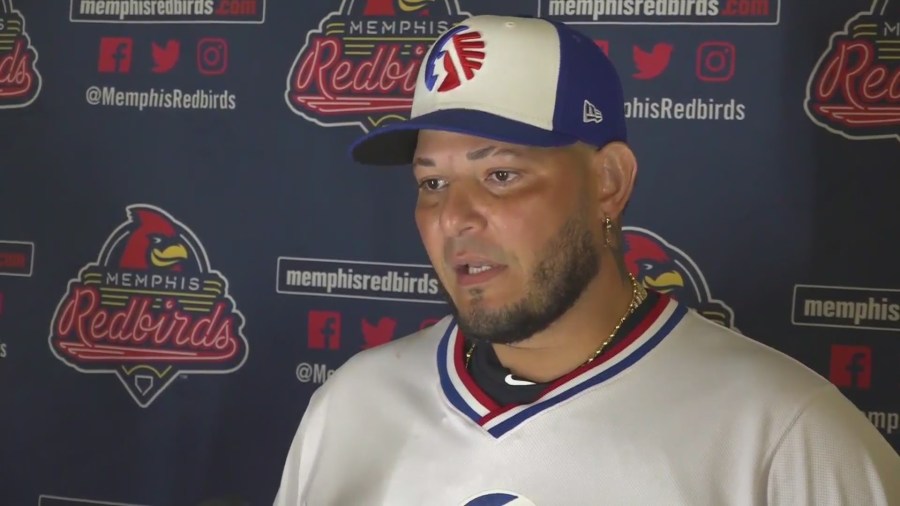 MEMPHIS, Tenn. – The St. Louis Cardinals and their fans have been waiting for the return of Yadier Molina. He could return to the big-league lineup as soon as next week.

After missing more than a month of action to a troublesome knee, Molina is scheduled to spend the weekend with the Memphis Redbirds on a rehab assignment.

Molina, serving as a designated hitter in his first rehab game Thursday, went 0-for-3 with a run scored before he was hit by a pitch Thursday night. Memphis loss 6-4 on Thursday to the Norfolk Tides.

The game marked Molina’s first at-bats since June 15. It’s unclear if he will need time off after the hit-by-pitch, but the plan is for him to catch on Friday night.

FOX 2’s Daniel Esteve made the trip to Memphis to catch up with the Cardinals catcher.

“I can’t wait to get back with them and enjoy the rest of the season,” said Molina. “Right now, our plan is to win games.”

Molina and Cardinals pitcher Adam Wainwright are nine starts away from making history as the MLB battery with the most starts. The duo has made 316 career starts together.

Prior to the injury, Molina was hitting .213 with two home runs and 10 RBI over 38 games this season. He was also throwing out runners at a 38% clip. Last month, he passed Hall of Fame catcher Ivan Rodriguez for most putouts by a catcher in MLB history.

18 Great Things To Do In Seville By Area (+Map)