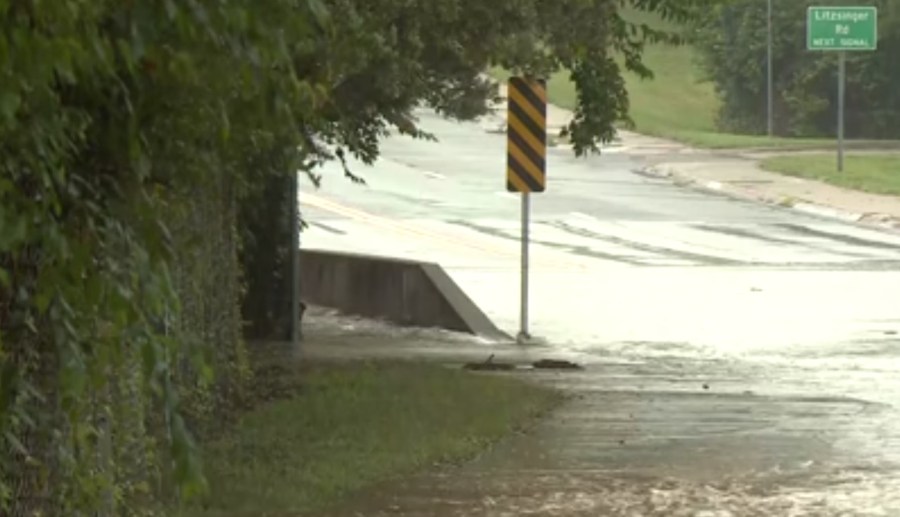 GLENDALE, Mo. – A water main break Thursday morning has shut down several roads in the city of Glendale, prompting several water rescues for families struck in their homes or vehicles.

Police say the water main break has Berry Road completely shut down around Cliffside Drive. As of 9 a.m. Thursday, water is still gushing from the break area and flowing down Berry Road. Crews on scene says part of Berry Rd has washed away and that the water was initially shooting high into the air.

Roads remain closed after a water rescue Thursday morning on Algonquin Estates Road. First responders arrived to the area after high water caused a car to stop running around 7:15 a.m. A woman was rescued from the car and nobody was hurt during that situation. However, the car is still abandoned on the road.

As of Thursday morning, residents in the Glendale area scooping away lots of standing water from a home and there are also concerns about basement flooding.