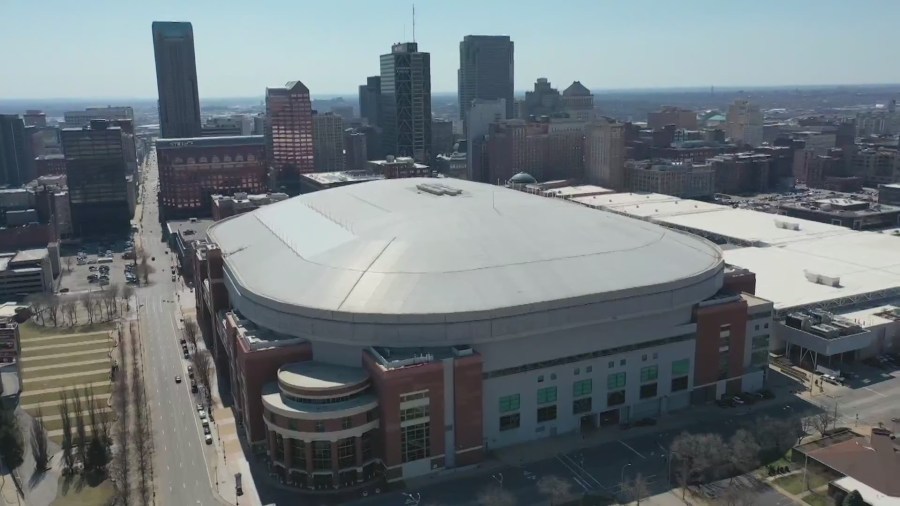 ST. LOUIS — With scandals now surrounding the City of St. Louis and St. Louis County governments, leaders from neighboring counties are sending a message about the spending of remaining Rams and NFL settlement money: nearly $514 million after attorneys’ fees are subtracted from the $790 million settlement reached nearly seven months ago.

The dome authority (RSA), the City of St. Louis, and St. Louis County have yet to agree on how to split the pot. Neighboring counties like Franklin, Jefferson, and St. Charles, have something to say about it.


Top story: How you could get some money back on gas in Missouri

“These dollars they were awarded as a result of this lawsuit are not just (St. Louis) city and county dollars. They are statewide dollars,” said Franklin County Presiding Commissioner, Tim Brinker.

“My argument is the first thing they need to do with that money is protect the investment that the state taxpayers made in the dome (Dome at America’s Center, where St. Louis Rams player for 20 seasons),” said St. Charles County Executive, Steve Ehlmann. “If there’s money left over to spend, it needs to be spent on things all of us take advantage of.”

For nearly 30 years, the State of Missouri paid off half of the original $280 million costs of the dome at a rate of $12 million a year. The City of St. Louis City and St. Louis County each paid $6 million a year to cover the other half, using hotel taxes paid mostly by people from outside of the city and county.

The total amount to pay off the original bonds was more than $700 million.

“We want the infrastructure that we funded initially as a taxpayer of the state to make sure that that is maintained and enhanced to such a level that it’s going to attract another sports franchise or something of the like,” Brinker said.

There’s no arguing that money should be set aside to cover the roughly $18 million the RSA spent on the 2015 riverfront stadium proposal in the effort to keep the Rams in St. Louis. The RSA is governed by an 11-member board. The City of St. Louis and St. Louis County appoint three members each. Missouri’s governor appoints five members.

Brinker is among those who lobbied state lawmakers to put the rest of the RSA’s share into a fund to benefit the region. Lawmakers added such language to another bill but dropped it.

Concerns about how the settlement money is spent are even more heightened now with the past week’s indictments of two St. Louis aldermen, the aldermanic president, and a St. Louis County official for financial misdeeds.

“The indictments, I think it would behoove anybody involved in these kinds of awards to be as transparent as possible,” Brinker said.

“We just want to make sure the money is spent in a way that benefits the entire region, not just one little neighborhood or part of the region,” Ehlmann said.

For instance, with rampant gunfire now common downtown, using money to truly transform public safety for those visiting the region’s hub would be a great place to start.

St. Louis Mayor, Tishaura Jones, issued the following a statement regarding the ongoing negotiations about how to split and spend the settlement money:

“While we cannot discuss the ongoing NFL negotiations, Mayor Jones remains committed that any funds the City procures through this historic agreement must be invested responsibly with an eye towards our children and grandchildren – not the next election cycle. We cannot take a hammer to the political piggy bank, or our future generations will end up paying the price.”