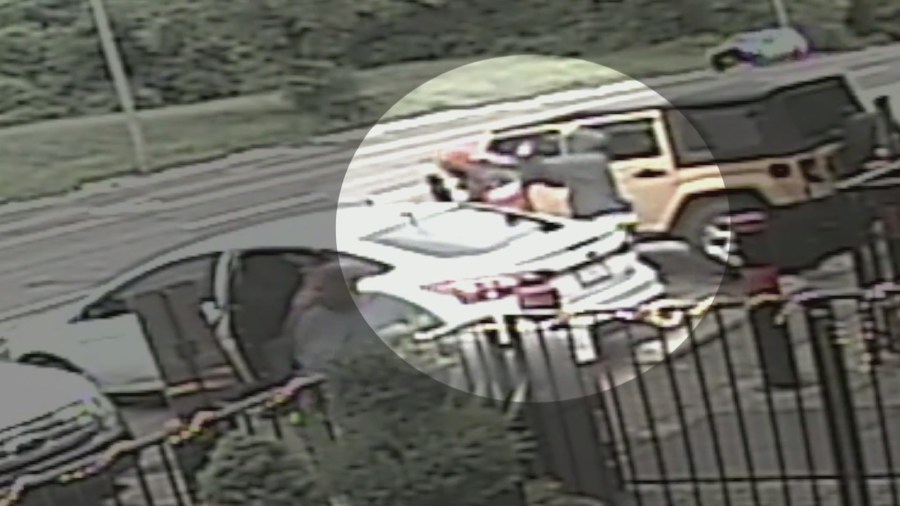 ST. LOUIS COUNTY, Mo. — Police are still searching for at three least suspects from the May 27 shootout on busy Page Avenue.

A suspect caught by police and charged by prosecutors argued to a judge today that he should have his bond reduced. The judge denied the bond reduction in a hearing that revealed more about the suspect.

Bobby Booker, 32, appeared in a St. Louis County Justice Center courtroom through a video feed from where he’s staying in jail. His attorney’s main point to the judge was that he has a girlfriend who is five months pregnant.

FOX 2 revealed an exclusive video of the shootout in a June 9 FOX Files report. Police said the video shows Booker casing a man before robbing him of an AR-15 he was openly carrying. The video also shows the Booker and the soon-to-be victim inside the Wellston Food Market on Page.

Outside, another angle from the surveillance video shows the robbery. The suspect puts a gun to the back of his victim’s head and takes the rifle. Then, there’s a shootout as the robbery victim grabs another gun from his car and two men with him join in the gun battle.

A woman who was shopping was shot in the stomach. She survived. Booker was also shot that day.

Booker appeared in court from a jail video feed after leaving the infirmary. Booker’s attorney said his client not only has a baby on the way but is also prescribed mental health medications that he hasn’t been able to get because of transportation issues.

Prosecutors said Booker has a history, calling him a “prior and persistent offender,” including being found guilty in a 2009 unlawful use of a weapon case. Booker was also sentenced to ten years for a 2012 assault and endangering the welfare of a child. Attorneys in court said he was released from prison about a year ago.

When denying Booker’s bond reduction request, she said the community deserves to be safe. She mentioned the innocent bystander caught in the crossfire and said Booker had no right to have a firearm in the first place. She kept the current bond amount, $500 thousand cash only.

If you have information about the other three shooters from the May 27 shootout, please contact the North County Police Cooperative at 314-428-7374. You can remain anonymous.

The future of urban housing is energy efficient refrigerators