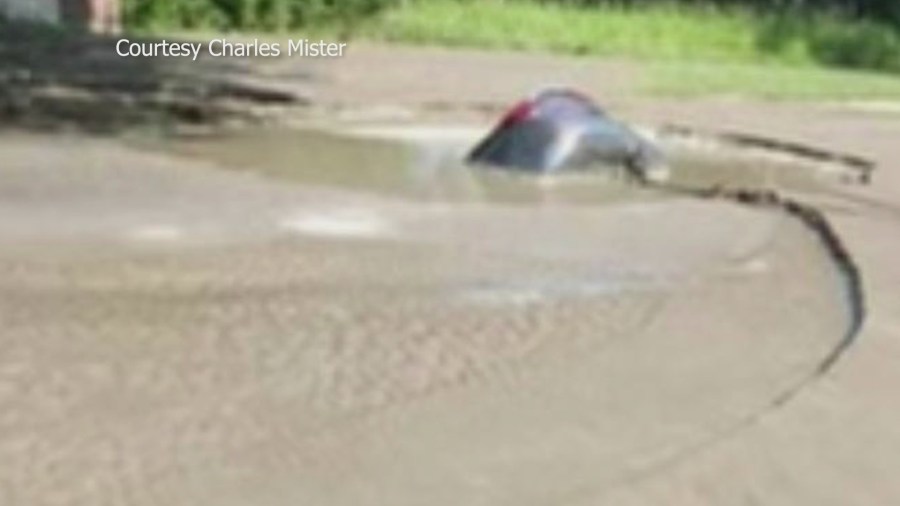 EAST ST. LOUIS. Ill. – A water main break, combine with the weight of a parked car above it, caused the four-door sedan to sink into a hole on July 4. Some East St. Louis residents are having a difficult time believing what they witnessed.

“It took the whole car,” said an East St. Louis resident “I’m just happy no one was hurt.”

A spokesperson for Illinois American Water called the incident a rare and unfortunate event and expressed relief no one was inside the car, and no one was injured.  The water company said it’s possible the extreme heat caused the water main pipes to break.

Two organizations that focused on racial and economic dignity and environmental justice are raising questions. Empire 13 and Metro East Organizing Coalition point to a history of infrastructure problems in East St. Louis.

“If I’m walking down the street, am I at risk of falling in the ground?” asked Larita Rice-Barnes, executive director for Metro East Organizing Coalition.

She said she is calling for more accountability and hopes the city of East St. Louis will put protocols in place to help residents in the event of another unthinkable situation.

“It’s heartbreaking and it’s devastating to know that it could have been worse than what it was,” said Rice-Barnes.

A spokesperson for Illinois American Water said the car’s owner is working with the water company’s insurance company to fix or replace the damaged car.

12 Best Places To Visit In The Italian Alps