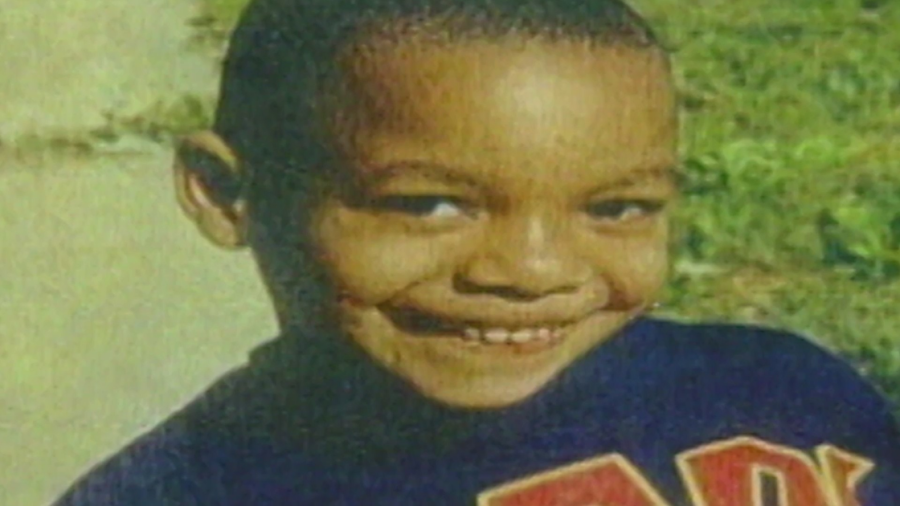 CLAYTON, Mo. – The prosecution called its final two witnesses Thursday morning before resting its case in the Dawan Ferguson trial. The defense team has only a handful of witnesses it plans to call to testify.

Ferguson is on trial for first-degree murder and child abuse resulting in death after his son, Christian, disappeared in June 2003. Christian had a rare metabolic condition, was disabled, and required around-the-clock care.

On the morning of June 11, 2003, Dawan Ferguson called 911 from a pay phone outside a gas station at Page and Skinker to report his SUV had been carjacked with Christian still inside the vehicle. Dawan said he was bringing Christian to St. Louis Children’s Hospital at the time and stopped to call the hospital in advance of their arrival. Police found the SUV hours later but not Christian. Court documents said Christian would have died within 48 hours without his medications.

Christian was never found. The boy was eventually presumed dead. He was 9.

The prosecution’s first witness on Thursday, Dr. Dorothy Grange, diagnosed Christian with citrullinemia type I when he was just 3 days old. She said it’s a very rare disorder, affecting between 1-in-60,000 and 1-in-200,000 newborns.

She explained that if ammonia levels get too high in the body, it can cause swelling of the brain, leading to seizures and eventually death. The symptoms of high ammonia levels would include vomiting. Dr. Grange testified that Christian’s parents and caregivers were told about this and other symptoms.

Grange said that prior to January 2001, Christian was able to walk and talk, though he did have developmental delays with his speech and language. He required therapy services and special education. She said Christian was able to use the bathroom on his own and did not need a feeding tube.

The doctor testified that Christian was brought to Cardinal Glennon Children’s Hospital around noon on Jan. 16, 2001. Reviewing her notes on the stand, Grange said Dawan Ferguson told her Christian hadn’t been feeling well the night before and complained of stomach problems. Dawan said he sent the boy to bed and decided to let him sleep in and not send him to school in the morning. When Dawan went to wake Christian around 11:15 a.m., he found the boy had vomited and was in a bad way. That’s when Dawan called Dr. Grange and made arrangements to bring him to the hospital.

Grange said Christian’s parents had been told previously to contact her or the hospital if Christian was showing any symptoms or distress so medical professionals could make a determination if a hospital visit was necessary.

By the time Christian arrived at the hospital on January 16, Grange said he could not be roused and was having seizures. She said Christian ultimately had to be intubated.

Grange said Dawan was told to bring his son in every two to three months for checkups. Christian returned to the hospital twice in July 2001 and again that November. Grange said she next saw Christian in February 2002 for a clinical visit. Christian had a brief hospital stay from May 6-9, 2002. After that? Dr. Grange did not see Christian until March 6, 2003 – exactly 10 months later. In that instance, it was an at-home nurse that took Christian in.

Grange explained to the court that letters had been sent to Dawan Ferguson and phone calls made to the house to remind him to bring Christian in for visits and appointments. Those letters and phone calls went unanswered.

Prosecutors asked Grange to consult her notes about Christian’s height and weight over the last couple of years of his life. Dr. Grange said that when Christian visited on Nov. 15, 2001, he weighed approximately 57 pounds. By March 6, 2003, his weight had dropped to 50 pounds. He remained the same height from 2001 to 2003, putting him in the 3rd percentile among children. Grange said those metrics were concerning since even children with citrullinemia were expected to grow.

On cross-examination, defense attorney Jemia Steele had Dr. Grange confirm that a caregiver would not necessarily be at fault if a child with citrullinemia lost weight.

On redirect, prosecutors asked Grange if a patient like Christian was receiving care and medication for about 40 hours each week—the same amount of time at-home nurses had been caring for Christian—would that be enough to keep said patient from needing hospitalization; in essence, to limp along? Dr. Grange said that would be possible.

The prosecution’s final witness, Santana Contreras, took the stand before lunch. She was noticeably nervous upon entering the courtroom. Her testimony would explain why.

Contreras knew Dawan and Monica Ferguson, his ex-wife, in 2004. Monica was a work acquaintance.

According to Contreras, Monica approached her about entering into a throuple (polyamorous relationship) with the Fergusons.

Contreras only met with Dawan and Monica outside of work on three occasions – once at their house and twice at her residence. During one of these get-togethers, Contreras discerned that Dawan was the father of Christian Ferguson.

She testified that Monica had told her at one point that taking care of Christian should have been Dawan’s responsibility.

Contreras told the court Dawan said his stepfather was a powerful man and that Christian was dead before the call was made from the pay phone on June 11, 2003. She said Dawan indicated his son’s body had been buried in the foundation of a home tied to Dawan’s stepfather, presumably at a recent construction site. He said nothing else about a more specific location.

Contreras never saw Dawan and Monica Ferguson again. She said she was so terrified by what she’d heard that she moved out of St. Louis altogether a short time later. She moved to Wichita, Kansas, and later to Arizona.

Contreras, a single mother, said Dawan and Monica knew where she lived and that she needed to get away for her own safety. She’d had her name changed over the years in an effort to hide. She told the court she was unaware Dawan had worked as a bounty hunter.

The defense asked Contreras why she didn’t tell anybody right away about Dawan’s alleged confession. Contreras was asked if Dawan ever threatened her directly and she said he did not.

Contreras never went to the police, but attorney Jemia Steele pointed out that Contreras said in a deposition that if Dawan had ever threatened her she “would have gone to police so fast.” Steele pointed out Contreras has a family member (by marriage) who is in law enforcement but failed to speak with this individual about the confession.

Steele referred to Contreras’ deposition and pointed to remarks in which Contreras told someone that Christian had been dead for days before Dawan made that phone call in June 2003. However, Contreras said she had made an assumption when discussing a timetable.

The defense pointed out Contreras had changed her first and middle names in 2014, a decade after hearing this confession from Dawan and feeling threatened. Contreras said she got married in 2004 and had her last name changed at the time. She changed the rest of her name later out of caution.

Contreras reached out to Theda Person through a mutual friend on Facebook and eventually called her. The call itself lasted just a couple of minutes, Contreras said. She told Person she believed Christian was dead based on what she heard from Dawan and Theda wanted to put her in touch with a private investigator.

Before moving from Wichita to Arizona, Contreras wrote her mother a letter explaining her interactions with Dawan and Monica Ferguson, and the alleged confession. She told her mother the letter was only to be opened in the event something ever happened to her. Contreras testified that she eventually sent a copy of that letter to Person’s private investigator.

Contreras said she had an added incentive to move out of Kansas. When she was living in St. Louis, Contreras testified she’d receive gift bags at her door containing lingerie and sex toys. The bags came with a card but no signature. After moving to Wichita and living there for a couple of months, she said gift bags and roses began appearing on top of her car. She told the court the handwriting on the notes from the bags in Wichita was the same as the notes she received in St. Louis. She believed Dawan had tracked her down.

Meta girds for ‘fierce’ headwinds, slower growth in 2nd half