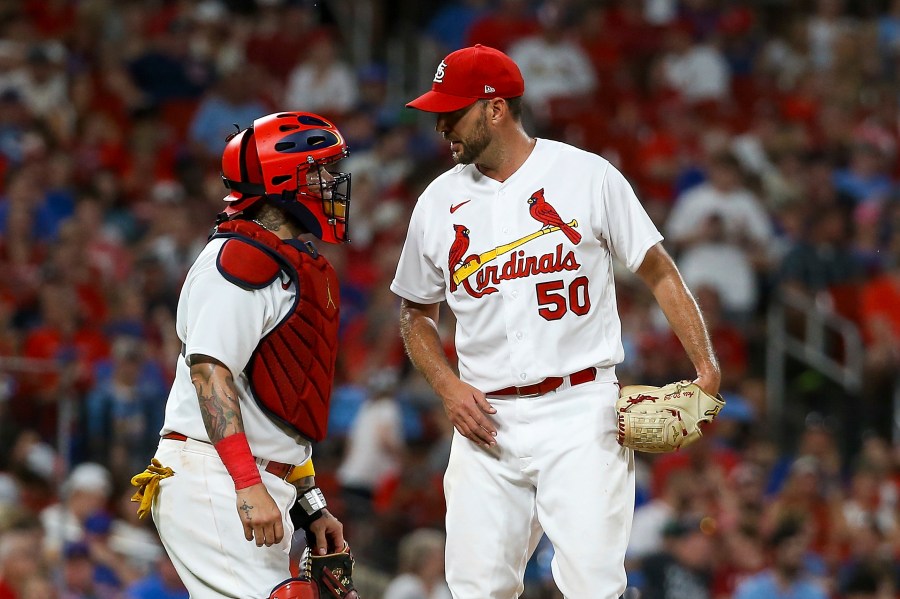 ST. LOUIS – Fifteen years in the making, the St. Louis Cardinals’ legendary tandem of Adam Wainwright and Yadier Molina is on the cusp of baseball history.

Wainwright and Molina take the field Saturday for their 323rd career start together. The dynamic duo is now only one start away from tying the record for most starts as a battery and just two starts away from holding the record alone.

For more than half of a century, the record has been held by Mickey Lolich and Bill Freehan of the Detroit Tigers, who played together 12 years in the 1960s and ’70s. While Wainwright and Molina have been teammates at the MLB level since 2005, their current run at the record began when Wainwright become a full-time starter in April 2007.


What are the odds? Cardinals current chances at postseason, World Series title

If the rotation sticks as planned, Wainwright and Molina could match the record as early as next Thursday against the Washington Nationals and officially set the record in a Sept. 13-14 home series against the Milwaukee Brewers.

Wainwright and Molina entered the 2022 season with a combined 305 starts, fourth-most in MLB history. This season alone, the pair has already passed Red Faber and Ray Schalk of the Chicago White Sox (306) and Warren Spahn and Del Crandall of the formerly-known Boston/Milwaukee Braves (316).

An obstacle to the record emerged midseason when Molina landed on the injured list with persistent knee soreness. The 19-year backstop missed nearly a month and a half of action, putting the record chase on hold at 316 starts from June 11 to Aug. 2.

Molina has acknowledged several times that the 2022 season will be his final as a catcher with the St. Louis Cardinals and at the MLB level. Wainwright has not yet announced his future plans beyond this year, but has found top form deeper into his career and earned several one-year contracts over the last few seasons.