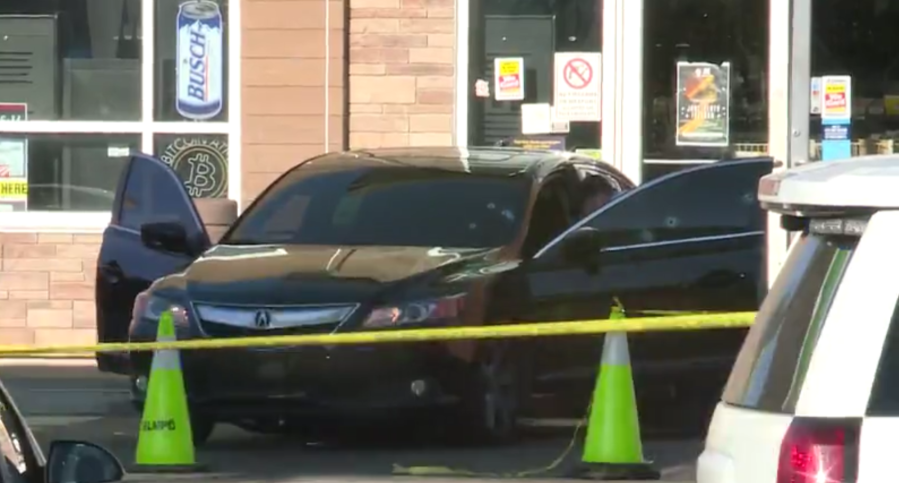 ST. LOUIS –  One man died and another man is battling critical injuries after a shooting outside of gas station Tuesday evening in St. Louis’ Fountain Park neighborhood.

The shooting happened outside of the Crown Mart in the 900 block of North Kingshighway Boulevard. Police identified Brandon Murphy, 28, as the victim who died in the shooting. Police say a man in his 20s is also in critical and unstable condition from the shooting as of Saturday.

Police responded to the shooting around 6:10 p.m. Tuesday. When they arrived, they found Murphy in the back seat with apparent gunshot wounds. The second victim had been privately taken to a hospital when officers arrived.

No suspect information has been released at this time. Circumstances leading up to the shooting are unknown.

Homicide detectives with the St. Louis Metropolitan Police Department are investigating the shooting. If you have any information, contact the homicide division directly at 314-444-5371 or CrimeStoppers at 866-371-TIPS (8477).

Joe can’t even fill in FCC post with leftist nomination