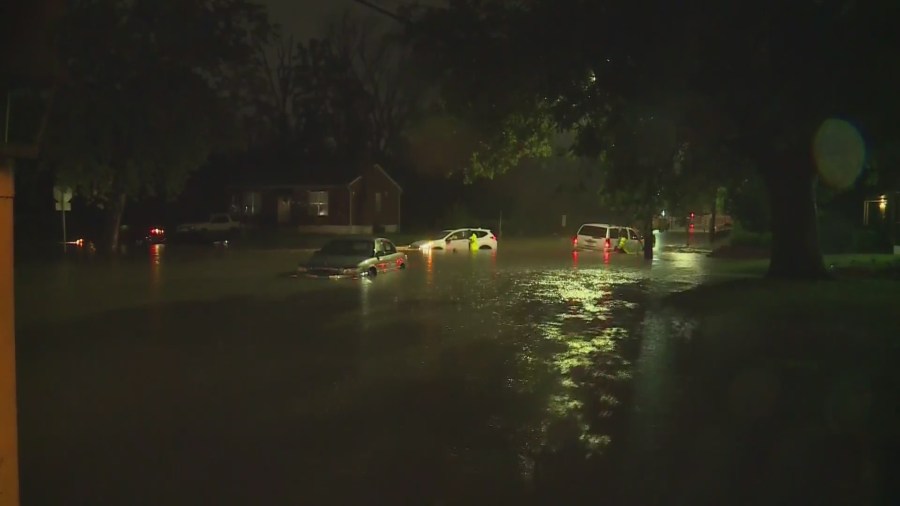 UNIVERSITY CITY, Mo. – The United States Army Corps of Engineers teamed with University City to find a solution to the flooding problems along the River Des Peres.

The city said bridges and narrow channels in the river are causing big problems because they are not wide enough to handle large volumes of water.

“That channel, where it takes it underground is too narrow, which causes the flood waters to back up, which causes greater flooding within areas,” said Gregory Rose, city manager of Unversity City.

Rose said the city is two years into its three-year flood risk management study with the Army Corps of Engineers. He said the frequency and severity of the flooding are getting worse.

“We have been working with the Army Corps of Engineers on trying to identify a solution that won’t completely solve the flooding problem here, but it will begin to minimize it,” said Rose.

He said the study evaluates a lot of impacts from buyouts to reconstructing homes.

“What we realized just from this flood alone is that buyouts isn’t the solution,” said Rose. “Because if you look at the number of homes that were impacted in multiple areas within the city, we would have to buyout quite a few properties.”

He said the flooding is going to be an ongoing problem and wants more people involved in creating long-term solutions.

“The Army Corps of Engineers is one party, Metropolitan Sewer District and the various cities that are along the River Des Peres,” said Rose. “I think that there has to be a partnership formed between all of those agencies to really come up with a strategy addressing the flooding.”

He said there are phases of the study and phase two would be building the detention basin. Rose said he hopes to get approval in 2023.