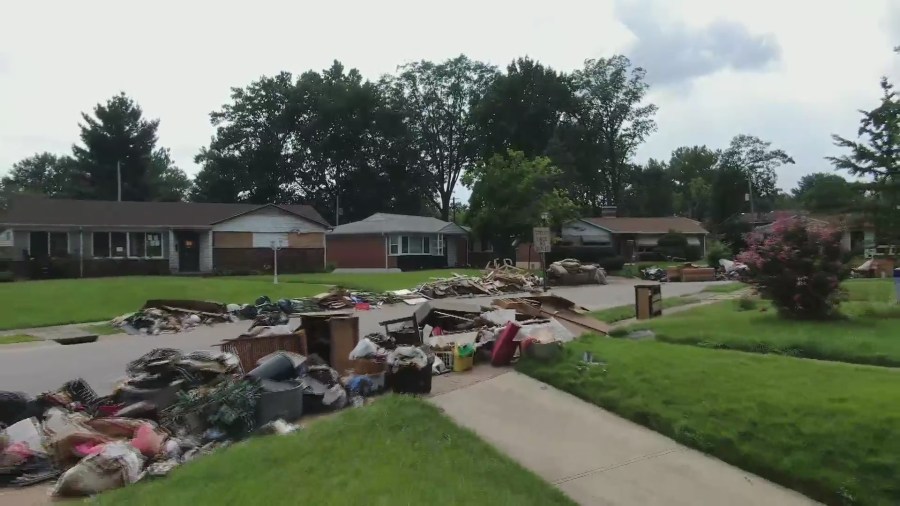 Our FOX drone flew over neighborhoods in University City and you can see how much a mess is still there. The city said the clean-up is just moving slower than expected.

Here’s a video from a few weeks back when rain punished the region. Now people in University City are left thinking about memories that were washed away. Locals shared some real-life perspectives saying it’s tough enough to lose everything, but even tougher to have to see it sitting in a pile for days or even weeks.

City officials said trash crews are removing debris daily, but the process is taking longer than expected. With the clean-up set to continue and rain gone, for now, locals are doing their best to move on.

“It’s hard to see families in hardship and try to figure out what to do with the stuff that they lost and how to gain it back and their lives back together,” University City resident Kristin Flinn said.

“This is the last of my possessions to go to a trash bin, recycling center, or just a dump site somewhere,” University City resident Carol Hoarth said.