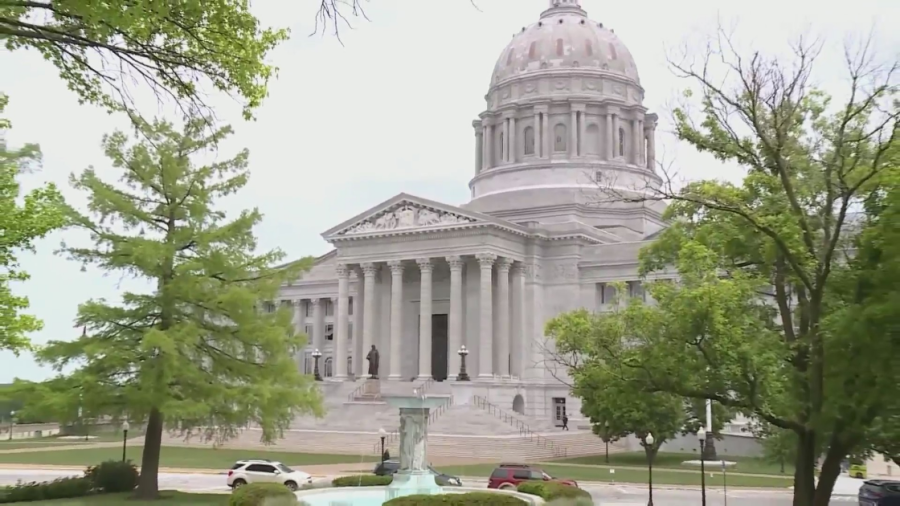 JEFFERSON CITY, Mo. – Some lawmakers are concerned that cutting Missouri’s income tax could leave the state with unpaid bills down the road.

The governor is calling the General Assembly back to Jefferson City to reauthorize tax credits for farmers and to lower the state’s income tax rate. That special session was set to start Tuesday. Last week, House and Senate Leadership said they needed more time to form a plan and would wait until the veto session in the middle of the month to convene.

Sen. Lincoln Hough (R-Springfield), the vice chair of the Senate Appropriations Committee, said Monday he is apprehensive about what the permanent tax cut will do to investments like education and that not all Missourians will feel relief.

“Right now, we have a little over $4 billion worth of a surplus in the bank of general revenue and quite frankly, that is almost entirely due to the federal government’s money that has flowed into this state, allowing us to back general revenue out of specific lines in the budget,” Hough said.

“I think given the environment that everyone is living right now, it’s not the five percent state income tax that is hurting us, it’s the inflation that is eating us all alive,” Hough said. “I would like to see something that is meaningful for the folks back home, something that provides some long-term tax relief, especially for those lower brackets but also a one-time reduction rebated that gets some money back into folks’ pockets.”

Earlier this year, Hough sponsored legislation that would have gave every Missourian filing a state tax return to receive a one-time $500 credit applied to their return. That bill never made it out of committee. He said under Parson’s plan, not all Missourians would feel the relief.

“The largest tax filing bracket is individuals making between $25,000 and $50,000,” Hough said. “If you average that out, an earner making $40,000, the way the governor has pitched this, if you boil the number all the way down that person would receive a tax cut of about 80 cents a day.”

During a meeting with the governor to discuss the tax cut, Hough said Parson’s staff provided a spreadsheet showing future expenses.

Parson has previously said that for a married couple making $125,000 annually, they would see an 11% reduction in their tax liability. He also wants to eliminate the bottom tax bracket.

This comes after the governor rejected a tax rebate plan, different than Hough’s, passed earlier this year by lawmakers. He said he didn’t like that not everyone in the state would benefit. He vetoed a plan that would have given some Missourians a $500 non-refundable tax credit based on last year’s filing. It was estimated to cost the state up to $500 million.

When Missouri started the new fiscal year, it posted a record surplus of $4.9 billion. Income taxes are a big contributor to the state’s general revenue. While the cut will cost the state $700 million, Parson said the package doesn’t take away from one group or department.

“Something permanent like this is just too risky with our dollars,” Rep. Peter Merideth (D-St. Louis) said. “In three to five years, when the economy changes and revenue looks different or we can’t keep up with increasing costs, we end up with a state that can’t afford to pay our bills.”

Merideth is the ranking minority leader on the House Budget Committee. In an interview Monday, he called the governor’s tax cut plan “irresponsible.”

“If we really wanted to give relief to the people who need it the most, we should be talking about relief on sales tax that actually affects the price of goods if we’re worried about inflation,” Merideth said. “We could exempt groceries from sales tax, but an income tax cut where someone making a million dollars a year is going to save $6,000 and working-class families will maybe see a couple dollars a week, I don’t think that is the way to provide the best relief to people.”

Another part of the game plan is to help one of Missouri’s largest industries: agriculture. The Show Me State is home to 95,000 farms, ranking second in the nation, and third for beef cows.

Part of the call for a special session is to reauthorize tax credits for farmers. Under the legislation passed by lawmakers this year, the tax credits expire in two years. The governor said that’s not enough time to get new projects started using the credits. Parson is asking for a six-year sunset provision.

Parson said there were too many special interests, lobbyists, and people involved who shouldn’t be involved in the legislation passed in the spring. The governor, a farmer himself, said earlier this year to fill up three tractors on the same day cost him $500.

Parson’s plan calls for the creation of tax credit programs for retailers of higher ethanol blend fuels and biodiesel, in-state biodiesel producers, establishing or improving urban farm operations, and creating the Specialty Agricultural Crops Act. Tax credits would be extended for meat processing facility improvements, transportation of agricultural goods, and an exemption for certain vehicles from state and local sales and use taxes.

The creation or extension of the aforementioned agriculture programs would last six years, according to the governor.

Hough, a cattle farmer himself, says the investment in the agriculture industry is extremely important.

“Any investment that we make in the agriculture industry ultimately will help those folks back at home, whether you directly benefit or not,” Hough said. “My neighbor that runs a beef cattle operation, whether he actually receives a state tax credit through one of these programs is not likely, but any investment we make to the industry adds value.”

“I think he wants to make sure that this isn’t just a crazy right-winged tax cut,” Merideth said. “We’ve seen a whole lot of dysfunction among Republican leadership. It’s no secret, I’m not crazy about this plan but I will admit it’s a lot better than some of the alternatives being pushed by the conservatives out there.”

The House chambers are currently undergoing renovations. It’s the first major project since the 1980s. The upgrades include new voting boards, carpets, and wiring. The goal was to have it completed by the middle of September but with a delay in shipping and a special session, members will have to make do.

Representatives will use folding tables as desks and sit in plastic chairs. Benches, desks, and furniture line the hallways outside of the lower chamber. The project was supposed to be done by veto session which takes place on September 14 but due to shipping delays for the carpet, the project is now on hold.

“I think the fact is for something like a permanent tax cut, we should be waiting until we’re back in session with a proper chamber in place and having a proper debate instead of this thrown-together mess,” Merideth said.

House and Senate Leadership plan to meet again Tuesday to iron out more details on when exactly the special session will start.

With volatility and recession talk everywhere, what are retailers’ actual financial risks?