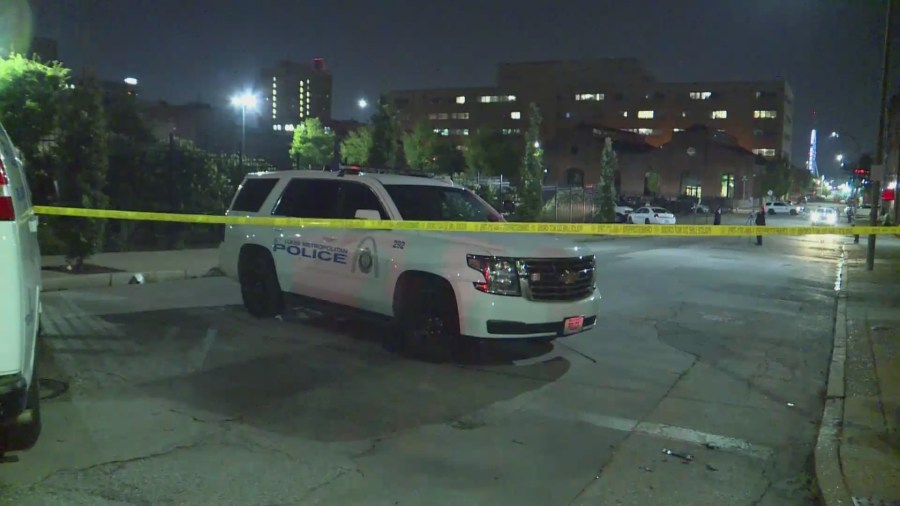 The shooting happened around 12:30 a.m. near the intersection of North 20th Street and Washington Avenue.

Investigators say someone shot a woman in the chest. She drove herself half a mile to the police central patrol division on Jefferson Avenue to get help. While she was driving, another man was shot in the foot.

Police say two groups began shooting at each other. Investigators say they were staying at AirBnB’s downtown.

Two people are in custody in connection with the shooting. Police recovered three weapons and dozens of shell casings from the scene. Investigators say possibly more than 100 shots were fired. Injuries from the incident do not appear to be life-threatening.

The St. Louis Metropolitan Police Department is handling the investigation.