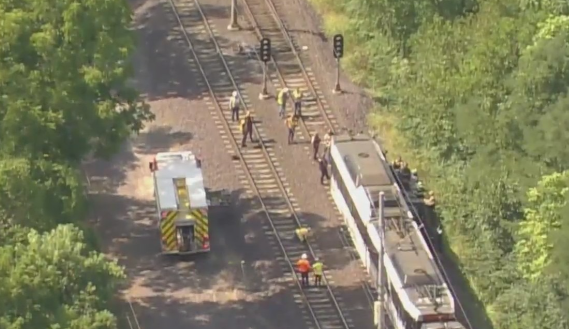 ST. CLAIR COUNTY, Ill. – An investigation is underway after a train and a vehicle were involved in a crash Wednesday afternoon in the Metro East.

MetroLink officials tell FOX2 the service is not operating between the Emerson Park and Fairview Heights stations due to a crash involving an automobile and a train.

Officials did not confirm the exact location of the crash, but the route is in St. Clair County. It’s unclear what led up to the crash, how many people were involved or if anyone suffered injuries.

MetroLink station shuttles are using buses to transport passengers to and from stations with the closed routes. Delays of up to an hour are possible for commuters. Drivers are also encouraged to use different routes in the area to avoid delays.