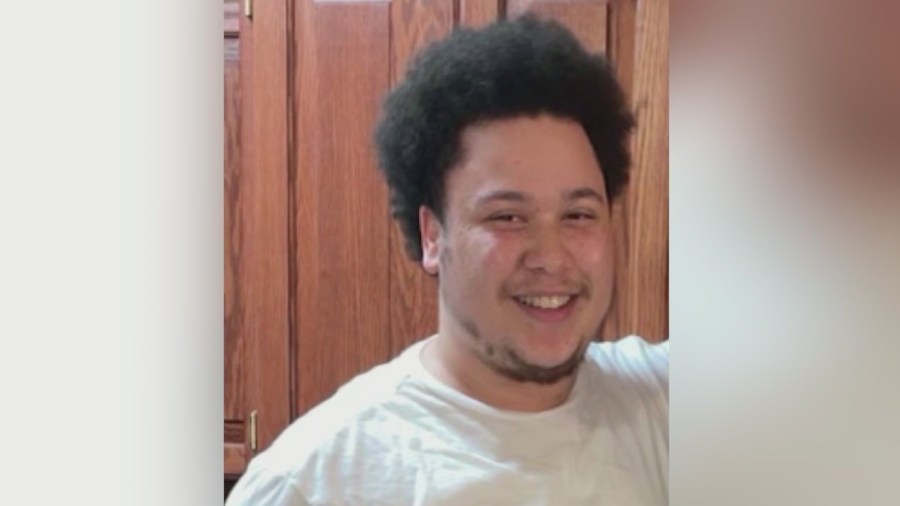 ST. LOUIS COUNTY, Mo. – A video was released by police following a deadly shooting Wednesday at a supermarket in north county. It showed a mother and her 4-year-old running to safety as gunfire erupts from inside the store.

The mother of the young man killed in the shooting said she doesn’t understand why the gunfire erupted.

“He Facetimed me while I was at work that day. I didn’t know that was the last time I was going to see my son,” said Tanya Moore.

Kardaye Moore, 23, was shot and killed inside the Beverly Hills Supermarket on Wednesday. His mother is trying to cope with the tragedy.

“They took his life for what reason?” Tanya said.

Police said Kardaye was shot several times. He was rushed to the hospital, where he died.

The store’s camera showed the two men entering the store, moments later, one man is seen punching Kardaye from behind.

“To have the suspects get behind my son and beat him in the back and then hold him. They put four bullets in him.” Tanya said.

Investigators said as the gunman opened fire inside the market. Officers rushed into the supermarket to save lives, taking the suspects into custody.

Police said the video was gut-wrenching to watch.

“It appears glass is breaking over her as she’s running to get to her mom in the parking lot,” said Major Rob Martin with North County Police Cooperative. “I do not think Hollywood could script something like that happened.”

The suspects, 31-year-old Warren Smith, and 28-year-old Marcel Smith were taken into custody and charged with murder. Police said Kardaye did not know the gunman. Kardaye’s sister said her brother will be missed.

Police are still looking for the mother and 4-year-old to make sure they are safe. Authorities encouraged anyone with information to contact North County Police Cooperative at 314-428-7374.

City Hope St. Louis helps to combat the rise in homelessness across region

FEMA to open in St. Louis in response to flooding