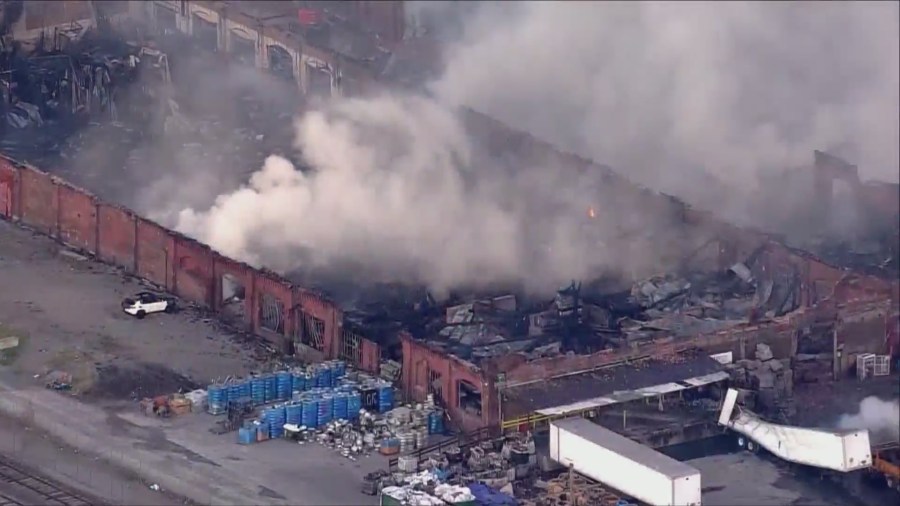 MADISON, Ill. – The smoke from the warehouse fire in Madison, Illinois continued to rise Thursday after 24 hours of the incident.

Around 200 first responders battled the fire with many working through the night to put out the flames.

According to officials, in Wednesday’s fire, one warehouse employee was injured and at least two buildings were destroyed.

Officials said hazardous materials were inside the recycling facility that sparked multiple explosions.

The Occupational Safety and Health Administration, the US Environmental Protection Agency, and the Illinois State Fire Marshal were on the scene Thursday trying to determine how the fire started.

The mayor of Madison, Illinois John Hamm said the fire is under control.

“The fire has been contained, but firefighters will continue to combat the hot spots in the structure and safely move debris and authorities will continue monitoring the air quality,” said Hamm.

Authorities had lifted the shelter in place for residents who live nearby the warehouse that was caught on fire.

“We were able to lift the shelter in place order today,” said Kate Brown from Madison County Emergency Management Agency. “We are asking people with pre-existing conditions to take extra precautions and try not to do too much activity outside this point. We don’t know what caused it at this point, but we do know because the recycling facility contains so many different kinds of materials that’s why it burned so much longer and harder than a typical house fire.”

Anne Heche: “Not Expected To Survive”