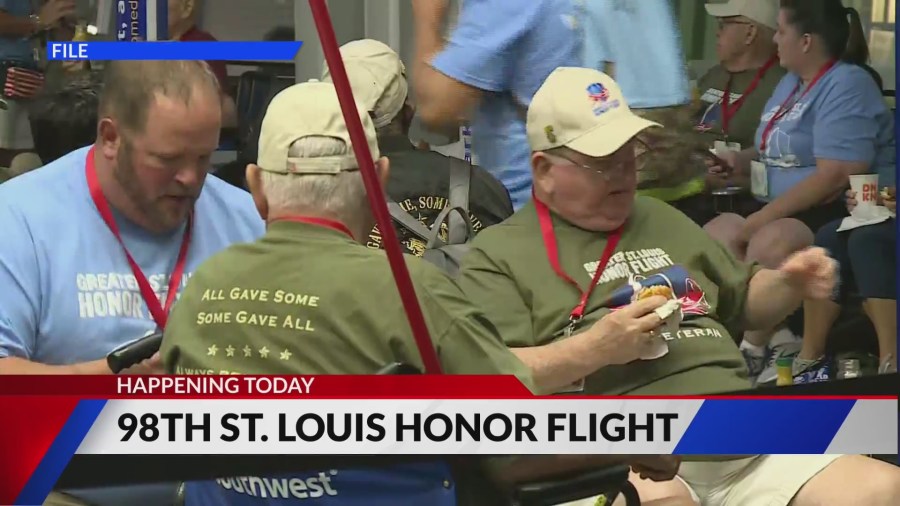 ST. LOUIS – The Greater St. Louis Honor Flight is about to take off from St. Louis Lambert International Airport.

This is the 98th flight since the program began in the area in 2009. Veterans will visit the memorials in Washington that honor their service.

25 members of the St. Louis chapter of Vietnam Veterans of America will be traveling together. This honor flight is unique because it’s the first time a large group from the same organization has flown together. 13 veterans from the Korean War will also be on Tuesday’s flight. Two sets of brothers are traveling together.

One of them is coming from his home in Iowa to be with his brother on the honor flight. Trips are funded by donations from individuals, companies, and foundations. The veterans are accompanied by guardians who cover their own expenses. The veterans started gathering at terminal 2 at 3:00 a.m. and their chartered southwest airlines jet will depart at 5:30. They are scheduled to return to the airport at 8 p.m. Tuesday night.

Editing cholesterol genes could stop the biggest killer on earth