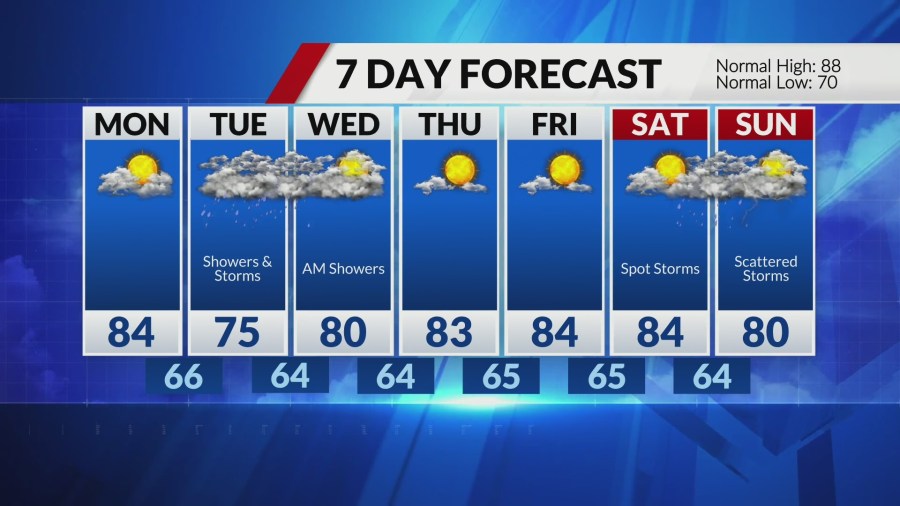 ST. LOUIS – The front looks to come through a bit early than expected Sunday.

This will still result in a range of temperatures from the 80s north to the low 90s and more humidity south. St. Louis will likely stay in the 80s Sunday due to the frontal passage and increased cloud cover. A comfortable night with lows in the mid-60s and partly cloudy skies. Monday will be cooler for everyone with highs in the mid-80s and a mix of clouds and sun.

Widespread rain impacts the area Tuesday into Tuesday night. The axis of heaviest rain still looks to stay west/southwest of our area across central Missouri with lesser amounts to the northeast. This will help the areas still in moderate to severe drought conditions. Tuesday will also be rather cool, with highs about 15 degrees below normal, in the low to mid-70s — and the coolest day most areas have seen since late May or early June.

The rest of the work week after Tuesday also looks unseasonably cool with highs in the lower 80s.

When layoffs are looming, get proactive to save your job

How to use your lunch break to boost productivity at work