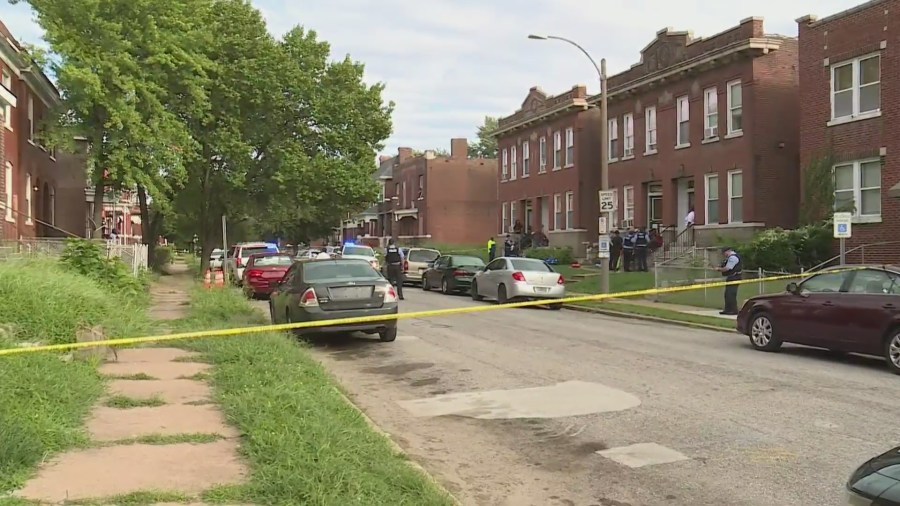 ST. LOUIS – A teenager and a 9-year-old were shot Monday in north St. Louis.

According to Sgt. Charles Wall, a spokesperson for the St. Louis Metropolitan Police Department, the shooting happened around 4 p.m. at the 4000 block of Palm Street and Warne Avenue.

Wall said when they arrived on the scene, the 9-year-old and 16-year-old were conscious and breathing.

Two of the bullets hit a 16-year-old girl in the neck and a 9-year-old boy. Both were taken to the hospital where they continue to recover.

Police have yet to give an update on their conditions.

“The fact that they’re both doing ok and I don’t think anything major was hit in either one of them, so that’s great news to us, but it’s obviously very concerning,” said Lt. Dexa Iamele with the St. Louis Metropolitan Police Department. “We’ll be giving some extra attention over here.”

A resident who does not want to be identified said before the gunfire he saw three teenage boys walking down his street with AR-15s.

No one else was reported to be caught in the line of fire but police marked more than 60 shell casings in the area.

“It goes up on porches. It’s in the street. It’s on the sidewalk, there’s shell casings everywhere,” Iamele said.

A man who claims to be the 9-year-old’s Uncle said on scene the victim was walking home from the bus stop nearby when he was shot.

“Nothing like this before, it scared me,” said one resident. “It’s just too much, these people need to stop.”

Another resident who wished to not be identified describes the sudden gunfire that rang out feet from her mother’s home.

St. Louis alderman, Edward McFowland (Ward 4) said they need police out patrolling their streets. McFowland ward is in the area where the shooting took place.

McFowland said he plans to organize meetings with police and residents to come up with ways to have a huge police presence in the neighborhoods.

“We’re going to start organizing because this is ludacris. This is crazy and to say it’s ok and forget it next week is crazy,” McFowland said.

The gunmen are still at large. The investigation is ongoing.