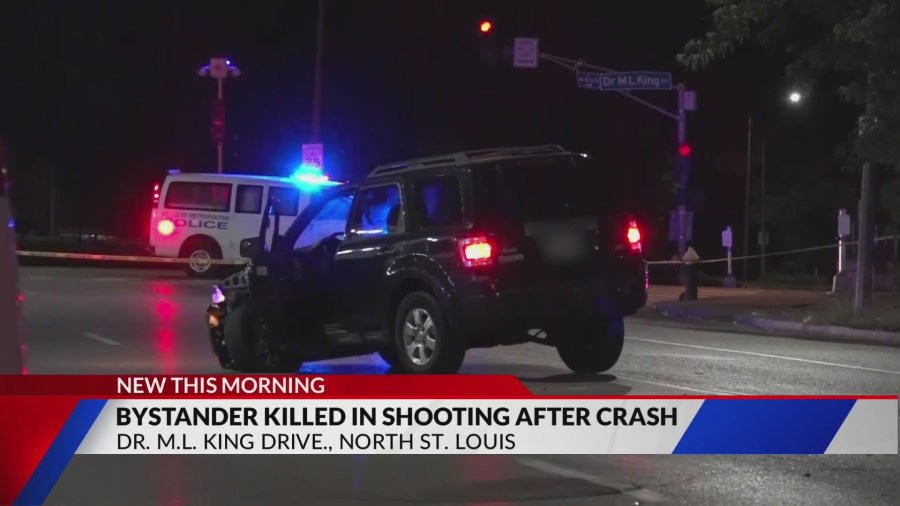 Police are looking for a black Grand Prix wanted in connection to the homicide and for assaulting an officer.

The wreck happened at about 11:50 p.m. at a gas station on Dr. Martin Luther King Drive and North Kingshighway Boulevard. After the crash, the people involved started shooting at each other. When St. Louis Metropolitan Police arrived at the scene, the officers were also shot at by the suspects who then tried to run them over before fleeing the scene.

A 34-year-old woman was found shot in a gas station parking lot just west of the intersection. Police said the woman was shot when the suspects were firing at officers. She was taken to an area hospital where she was pronounced dead.

No officers were injured during this incident.

I-270 road closure due to new on-ramp construction