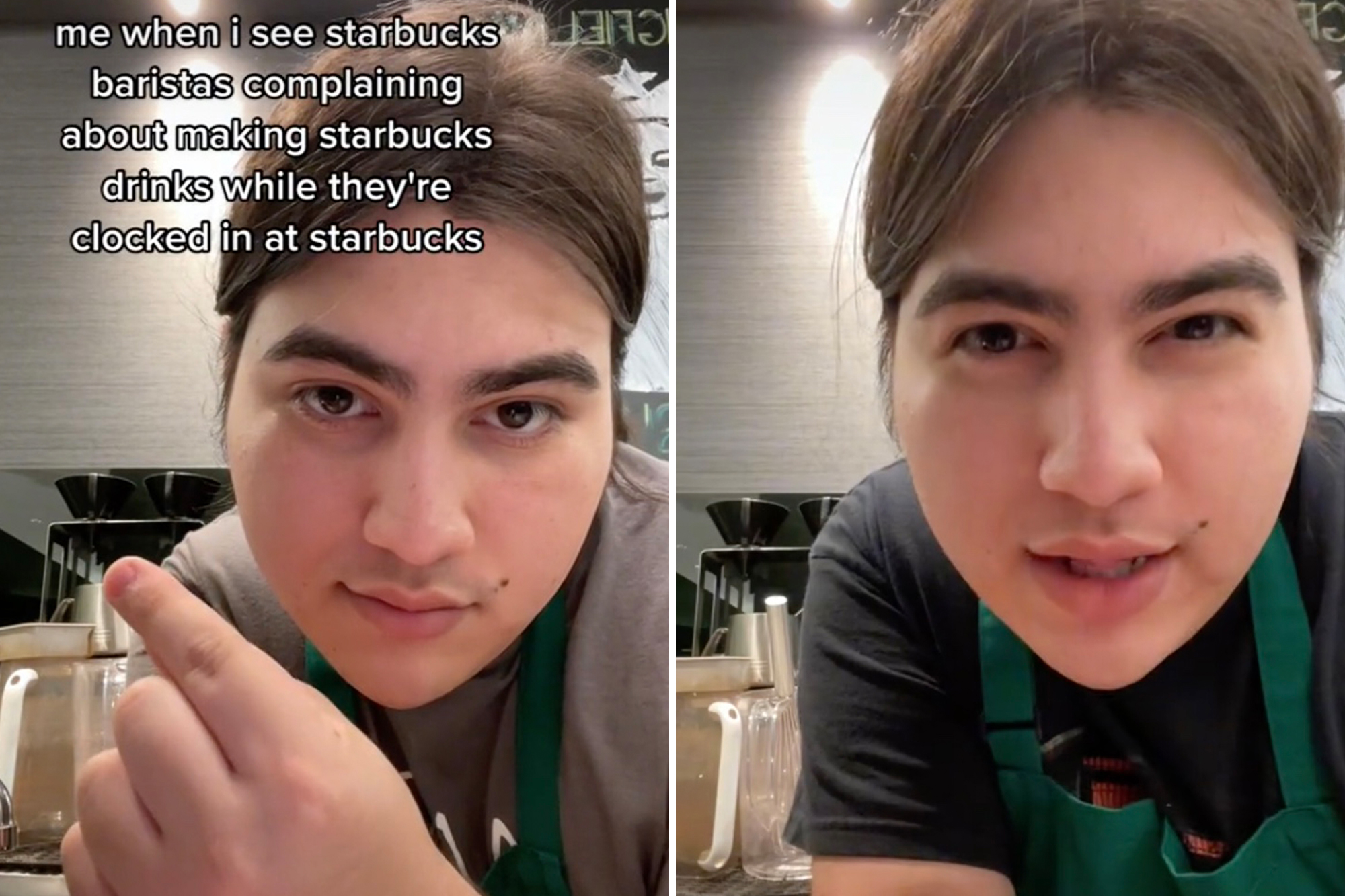 Working in hospitality is no picnic, but one Starbucks worker has called out fellow baristas for some of their complaints, telling them “it’s literally your job.”

Although secret recipes on TikTok alerting customers of new — and sometimes shocking — ways to customize drinks may delight those consuming them, the baristas making them aren’t always as enthusiastic.

TikTok user Tony Vara called out disgruntled employees for their attitudes toward customers adding extras in a video that’s been viewed more than 822,000 times as of Wednesday afternoon.

“Like I understand (look at my apron) that some customers are rude but I’ve seen a lot of you complaining about innocent light ice, extra shot, etc requests,” the TikTok user wrote.

The outspoken TikToker then made good on their tagline — “no lying is allowed on this page” — a promise to her 192,100 followers.

“GIRL THAT’S LITERALLY YOUR JOB MAKE THE DRINK,” Vara raged. “Me when I see Starbucks baristas complaining about making Starbucks drinks while they’re clocked in at Starbucks,” the on-screen text message continued, while Vara mimed using a “tiny violin” with the corresponding sound.

Hundreds of commenters agreed, many saying they’ve even changed their orders after receiving dirty looks from Starbucks workers.

One user says some baristas have shamed people “to the point where people feel bad for asking for adding a little something extra.”

“I’m tired of baristas giving me dirty looks for ordering a frappe,” agreed another.

“That’s why I do mobile order,” one user revealed.

Some Starbucks workers jumped on board, encouraging people to just order what they want.

“So many people apologize for a ‘complicated order’ when they only added syrup and cold foam and i’m like no ur okay babe pls don’t apologize,” one worker wrote.

“The Starbucks workers at my local place are so sweet, these TikTok baristas complain about everything,” another laughed.

“We are literally getting paid to make the drink the way YOU want it,” Vara commented again on the video. “Order it how you want. ignore those complainers!!!”