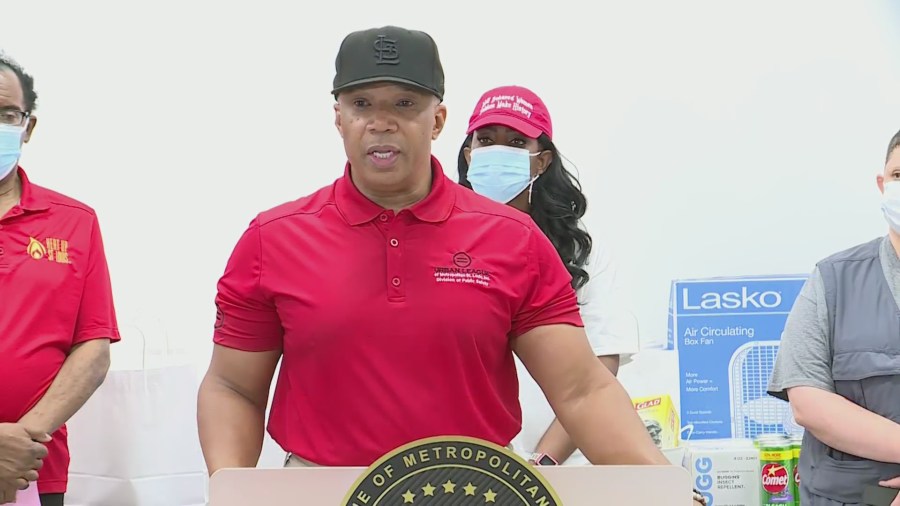 Mayor Tishaura Jones held a news conference Saturday afternoon to update the city on flood relief efforts. She announced that the city was partnering with several organizations to help with needs around the city, including a partnership with Lyft to help those in need of transit.

“City leaders and staff are working every single day to get residents the support, help, and information they need following this week’s heart-wrenching floods,” said Jones. “Our community partners are stepping up too, from churches to businesses to civic leaders.”

Jones and other city leaders are also working with the Urban League of Metropolitan St. Louis, which is accepting donations of anything from food to money to help those in need.

“We have gone door-to-door in some of the hardest hit areas, delivering food, PPE, and toiletries,” said James Clark with the Urban League. “We provided hotel vouchers to over 55 families whose homes were lost to this historic flood.”

Anyone who is seeking assistance is encouraged to contact the United Way of Greater St. Louis by calling 211. If you would like to donate to help St. Louis flood victims, click here for more information.