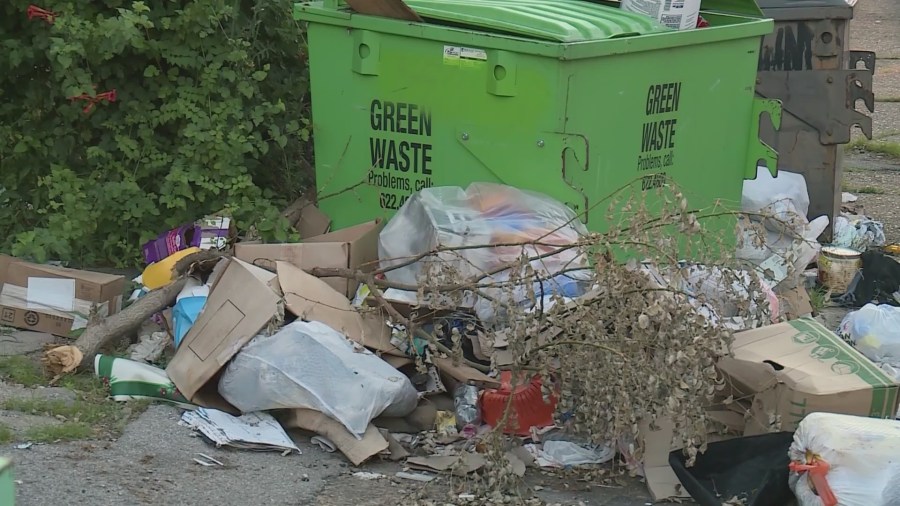 ST. LOUIS – St. Louis City residents are still struggling to get their garbage picked up and they’re not getting any answers from the city.

They said it’s creating a horrible mess just outside their homes, and the mess is encouraging others to come into their neighborhood and dump their garbage.

Leslie Herron called the You Paid For It team. She lives on San Francisco Street in north St. Louis. She has seen the trash in the alley outside her home grow into a bigger and bigger pile.

She said she and her neighbors have called St. Louis City Hall time and time again, but their phone calls have not yet been met with any action.

The City has answered that it just doesn’t have enough drivers to cover the routes.

At one point, it seemed like officials were making progress, but the forward momentum evaporated and things were back to square one.

Right now, it’s unknown when this crisis will end, but residents say the sooner, the better. Many complain of the odor, the insects, and the mice they’re seeing from the trash that’s collecting at their homes.

A memory prosthesis could restore memory in people with damaged brains

The Best Things To Do In The Cotswolds