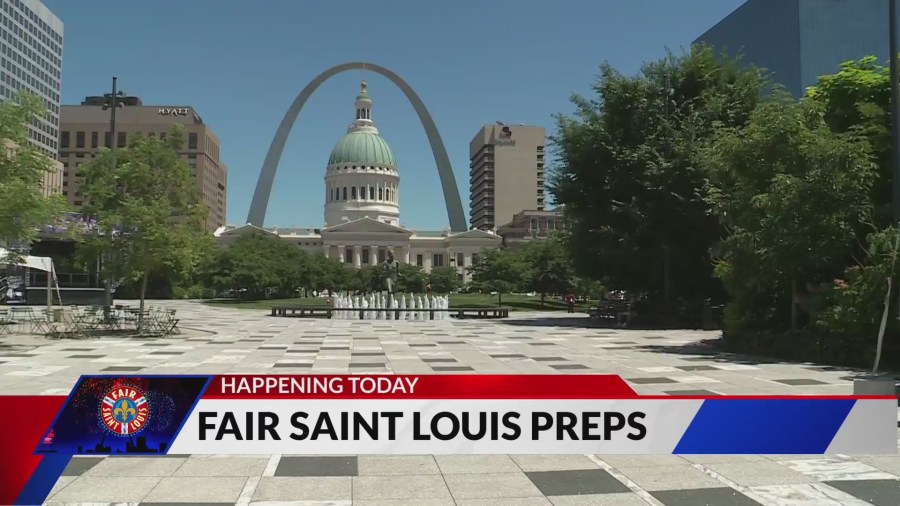 ST. LOUIS -The traditional St. Louis Fourth of July party is back in all of its glory for the first time since 2019, but this year’s home for the fair isn’t at the Arch grounds.

Instead, it is at Kiener Plaza and Ballpark Village. All of the fair events including food, vendors, and live concerts will take place in those two areas. There will be fireworks only on the Fourth of July starting at 9:45 p.m. Those will take place as in the past right by the Arch.

Although there won’t be any events on the Arch grounds, you can still set up chairs there to watch the fireworks. Here’s a video of workers setting up for the fair. There will be live performances at both Kiener Plaza and Ballpark Village throughout the weekend. Other events include performances from the Purina Incredible Dog Team. Fair organizer Dave Estes spoke about moving the home for the fair.

“We weren’t sure what the post-pandemic opportunities would be for the Arch grounds and so we had to make a call in the fall and decided that Kiener Plaza is great,” Estes said. “Ballpark Village has been fantastic. There’s going to be a music festival essentially for three days in a row Saturday, Sunday, and Monday.”

There will also be the 139th America’s Birthday Parade at 10 a.m. Saturday morning. The Let Freedom Ring Parade will march west on Market Street downtown and will feature attractions including floats and marching bands. Find a full state of Fair St. Louis events here.