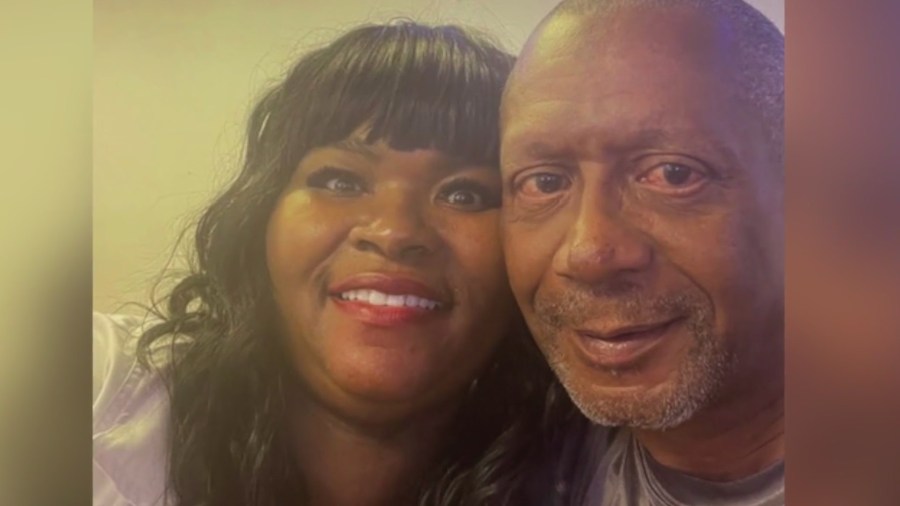 Dennis Moore was reportedly killed by dogs in July until an autopsy raised other questions.

Moore’s cause of death, according to the St. Louis Medical Examiner’s office, was “Hypertensive Cardiovascular Disease Exacerbated by Canine Attack.” The report notes that injuries from the dogs occurred after Moore died.

“I’ve been hearing lies from day one. We have no truth about nothing,” said Melvina Moore, the victim’s wife.

Melvina said she’s been in the dark ever since her husband died on July 10 in the Penrose neighborhood.

“Everything is a twist to the story,” Melvina said.

She said investigators first told her dogs attacked her husband and that the dogs were captured and put to sleep.

Then she said someone from animal control told her the animal owner would get his dogs back because her husband died from a heart attack.

“She was like ‘Oh now, we believe Dennis walked around the corner and dropped dead, from health issues,’” Melvina said. “She let that be known and the dogs just so happened to see him back there.”

“The Department of Health will seek to euthanize the dogs.” The Department pointed out the medical examiner’s cause of death – “Hypertensive Cardiovascular Disease Exacerbated by Canine Attack.”

Melvina said she heard about the health department’s announcement through FOX 2.

“They won’t even communicate with me,” she said. “I just don’t want to kill the wrong dogs that didn’t deserve it.”

FOX 2 made a Missouri Sunshine request on Friday to get answers about the DNA and the health department’s investigation. We did not get a response, so we went in person to receive a copy of the incident report.

Justen Hauser with the St. Louis Health Department said they received the request but it is in process.

“Ok, so we have received the Sunshine Request for the information regarding the information and so that’s kind of working its way through that process,” Hauser said. “We really don’t have anything to share outside of the statement.”

“I don’t know what the secret is about,” Melvina said.