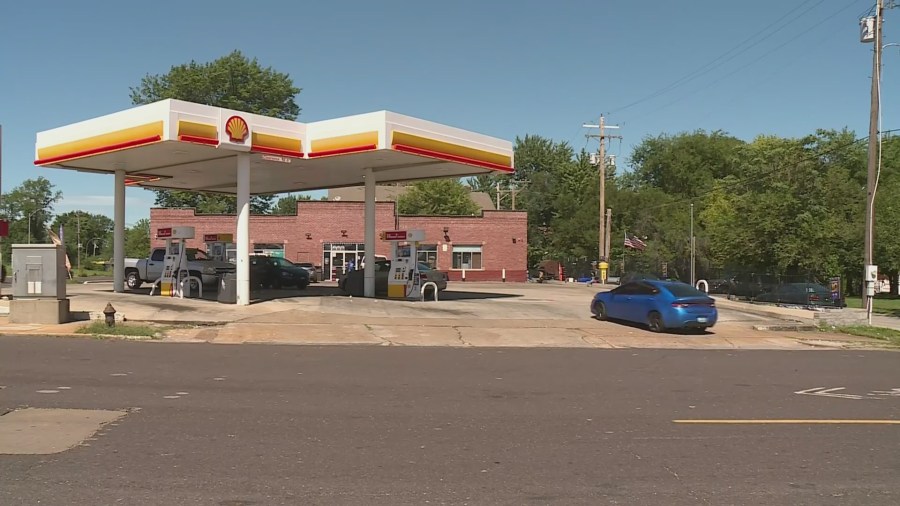 ST. LOUIS – The family of a 16-year-old boy is seeking answers after two St. Louis undercover officers fatally shot him outside a gas station Sunday night.

The teen’s family said the shooting was not justified.

“They murdered my son,” said Jukita Johnson, the victim’s mother.

Johnson said she was there with her son, Darryl Ross, on the night of the shooting and watched the tragedy unfold.

“The police came with no uniforms on. Officers said freeze, my son fell and they shot him,” Johnson said. “They kept shooting him. They killed my son.”

The St. Louis Metropolitan Police Department said officers were wearing vests that were marked “police” on the front and back.

Police said Ross was with a group that was armed with guns in the parking lot of a Shell gas station on North Florissant Avenue in north St. Louis.

According to the police, one of the people ran from the scene. Ross tripped over a curb and dropped a pistol. Police said Ross reached for the gun and police opened fire.

Ross’s grandfather, Randy Johnson said the shooting was an “overkill.”

“We want answers. I want justice. This is overkill. He was shot in the back 10 times,” he said.

Randy said Ross had a weapon but never touched the gun. He said Ross ran from the two undercover officers because he feared for his life.

“He had a weapon, but when police got upon him, they rolled him over on the ground,” Randy said. “The gun was still stuck in his pants. He never reached for it, he just ran.”

“There will be a thorough investigation, but it’s unfortunate that a 16-year-old had to lose their life,” Isom said. “We will do the investigation and try and come up with answers to how it all occurred.”

Police said a gun was recovered from the scene. Ross’s family said their loved one had a bright future ahead of him.

“He was doing normal things, and going to work and go to school,” Jukita said.

“They killed my grandbaby. I’m going to support my daughter. We are going to see this through,” Thomas said. “We want justice, they murdered him.”

“I have been briefed on last night’s officer-involved shooting in Old North. Losing our youth to violence shows how our system has failed them time and time again. Reflecting on the circumstances that led up to this young man’s death breaks my heart, both as a mayor and as a mother of a teenage son. This comes just after a family lost their father, Bada Ali, in an officer-involved shooting last week.

Our communities rightfully have questions about these incidents. The Force Investigation Unit is handling both cases and will pass information on to the Circuit Attorney’s Office and then on to the Civilian Oversight Board. Officers involved have been placed on administrative duty. I have also directed the Public Safety Department to release body-worn camera footage where available to family as soon as possible.

Alongside the St. Louis Board of Aldermen, my administration is working to strengthen oversight because building trust through transparency and accountability is essential. I remain fully committed to delivering effective oversight of our police department, as well as alternative responses that connect the right professionals to the right call for those experiencing mental health crises and similar challenges.”

Which Missouri colleges do graduates have the highest amounts of debt?