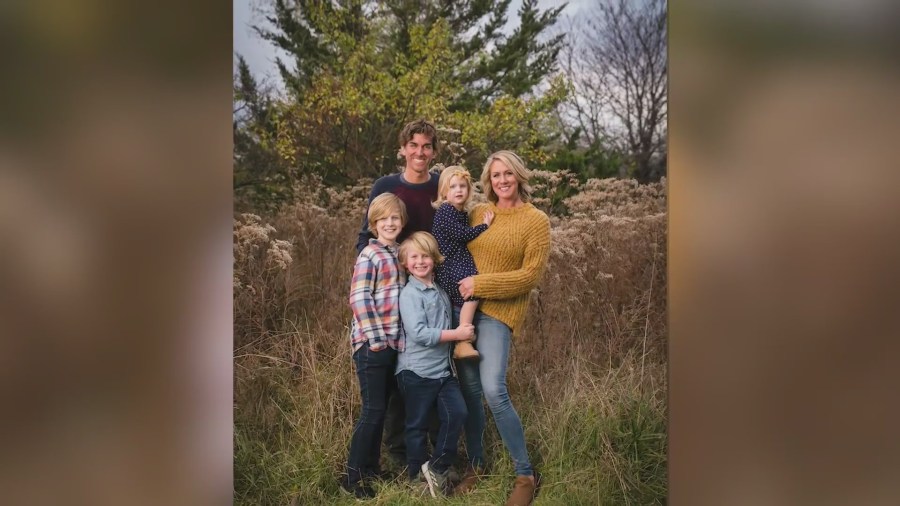 ST. LOUIS COUNTY, Mo. – A family in south St. Louis County welcomed three children into their home after both parents tragically passed away.

“Jane is shy, but Jane knows. She just knows her mom is gone. She knows her dad has been gone. Max just wants to talk to you. See how you’re doing. Henry is just sizing up the whole room,” said John Lieber, a family friend.

Megan and Greg Haupt were married for 14 years with three kids. Henry is 11 years old, Max is 8 years old, and Jane just turned 5. Greg was diagnosed with cancer two years ago.

“It was a multi-year battle and he lost, but Megan was here to look after the kids and the kids had some time to prepare for the loss of their dad, but she passed suddenly,” Lieber said.

Megan died on August 27 and the kids now live with John Liber’s brother and his wife.

“Losing both parents in a five month span doesn’t happen, except in movies or somewhere else in the world where there is a war,” Liber said. “Six kids. From age one to 11. Twins in there. There are few cars that can accommodate a family of eight but they’re going to figure it out. They are suddenly on the market for a house where they had a house that was adequately sized. Now they need more bedrooms.”

Liber and his family are helping with everything they possibly can but said it is going to take an entire community to help support Henry, Max, and Jane.

“All Greg and Megan would want them to have is everything and this fundraiser that we’re working on is just everything that we would try and help them with because kids are very expensive,” said Maddie Martin.

There’s a GoFundMe to help raise money for the family. If you wish to donate to the fundraiser, click here.

Kicker born without arms inspires those on and off the field

Palacio De Viana And The Gorgeous Patios Of Córdoba