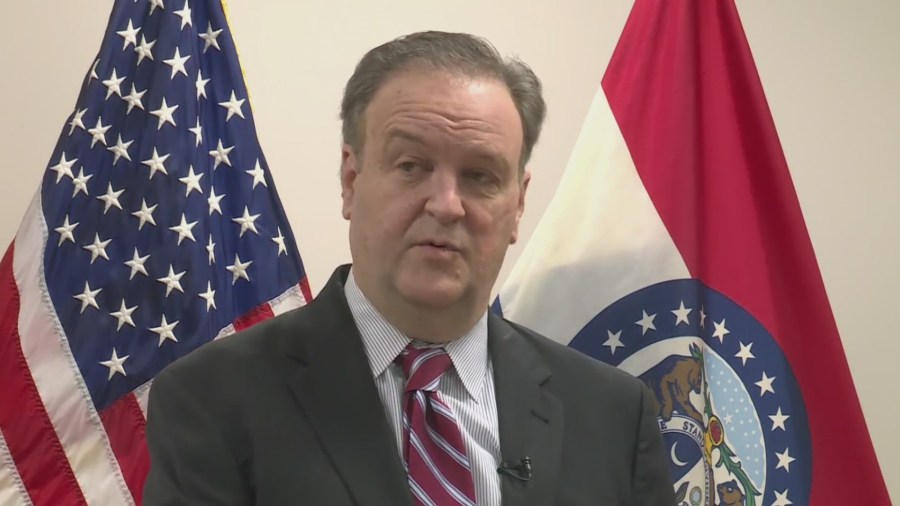 ST. LOUIS COUNTY, Mo. — In an unusual move, St. Louis County Executive Sam Page fired off a letter to the U.S. Attorney’s Office slamming two of his political adversaries, Republican Tim Fitch and Democrat Jane Dueker, who is running for his job.

Page criticized Fitch’s time as the St. Louis County police chief, saying in the letter that he is “notorious for manipulating both local and federal law enforcement to support his political goals, including publically revealing law enforcement tactics to the media in order to smear one of my predecessors”.

Page sent the letter after his administration got one from Fitch requesting information about federal subpoenas and whether any had been served to the county.

Fitch denied doing anything wrong and accused Page of a double standard.

“Yeah, he’s being a hypocrite,” said Fitch. “He felt one way when Steve Stenger was county executive, but now that he is, he feels he shouldn’t have to share this information. But he demanded it under the Stenger administration.”

“He said I’m not telling you anything despite what he did in 2019 with the Stenger administration, where he demanded they show proof of these subpoenas,” Fitch continued. “And when they did, he immediately released it to the media, saying it was in the best interest of the public in being transparent. Now that he’s the county executive and the shoes on the other foot, he’s not interested in being transparent.”

Page’s letter not only criticizes Fitch but also takes aim at Jane Dueker, the Democratic candidate for Page’s job as county executive.

In the letter to the US Attorney’s Office, Page said: “I should also add that although I don’t have first-hand knowledge of Ms. Dueker’s activities, I have been informed that Ms. Dueker was also a close advisor and financial supporter of both Lewis Reed and Jeffery Boyd, who were recently indicted by your office.”

“Ohm they’re wildly insane allegations, and you know what? I’d be happy to debate them, any date and time.,” she said. “Sam, you name the date and the time, and I will publically refute…all of the allegations, and implications that you tried to make.”

The Page administration did not provide any additional comments about his letter.