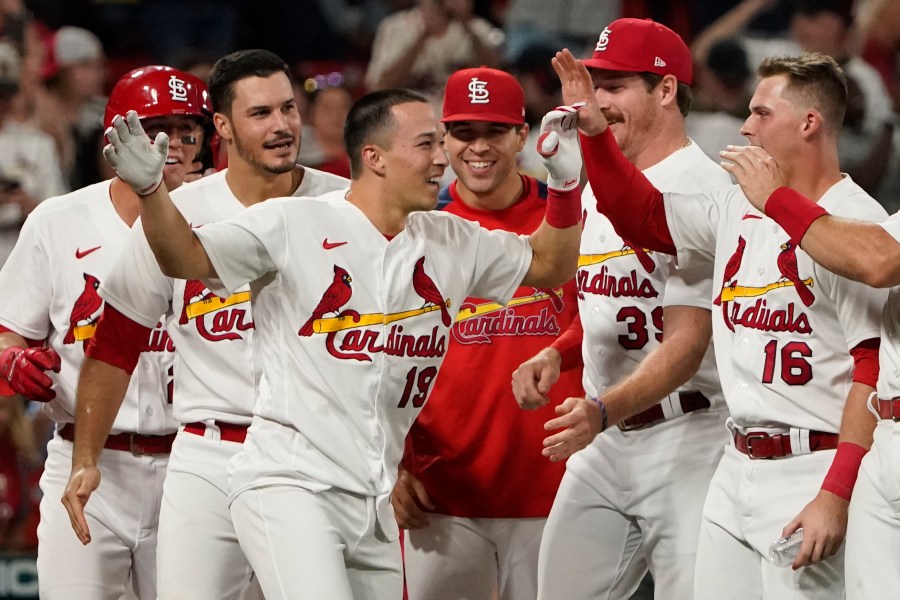 ST. LOUIS – The St. Louis Cardinals find themselves in familiar territory once again… In the hunt for a Red October.

With just a few weeks remaining left in the season, the Cardinals are making a push for their fourth straight postseason berth and a seventh trip to the postseason over the past decade.

It all comes during one of the team’s most storied campaigns in recent history. Whether it’s Albert Pujols chasing 700 career home runs, Adam Wainwright and Yadier Molina on the cusp of MLB’s battery record, Paul Goldschmidt flirting with a Triple Crown or something else, the Cardinals are shaping up for a finish that could captivate millions of baseball fans in St. Louis and beyond.

Here’s where the Cardinals stand… Coming into Saturday, the Magic Number for a postseason spot stands at…

The nearest path to October runs through the NL Central. With 23 games remaining, the St. Louis Cardinals carry a 81-58 record and lead their by eight games over the Milwaukee Brewers.

Although the Cardinals could also make postseason by claiming one of three National League Wild Card spots, that path might take a little bit more work. The Philadelphia Phillies currently hold the last spot with a slight edge over the Milwaukee Brewers.

However, if the Cardinals only clinched via Wild Card, the National League Central would still need a representative for the postseason. Milwaukee is the only other division foe that could potentially make up that much ground, so in that case the Cardinals would attempt to eliminate the Phillies, which would require a larger number since they currently hold a better record than the Brewers for the final possible postseason spot.

Essentially, the Cardinals will have a stronger chance at postseason by winning their division outright. For the rest of the season, any combination of 16 Cardinals wins or Brewers losses will get St. Louis closer to the postseason.

Here’s a look at how the Cardinals’ magic number has fared deeper into September….

Baseball-Reference and FanGraphs, two prominent baseball research websites, both give the Cardinals at least a 97% chance to make postseason and at least 91% chance to make it as the NL Central division winner.

Follow this story daily over the next few weeks for updates on the Cardinals’ magic number.

Teen shot in St. Louis while looking for gas

Five Things That Happened On September 10 In Soap History