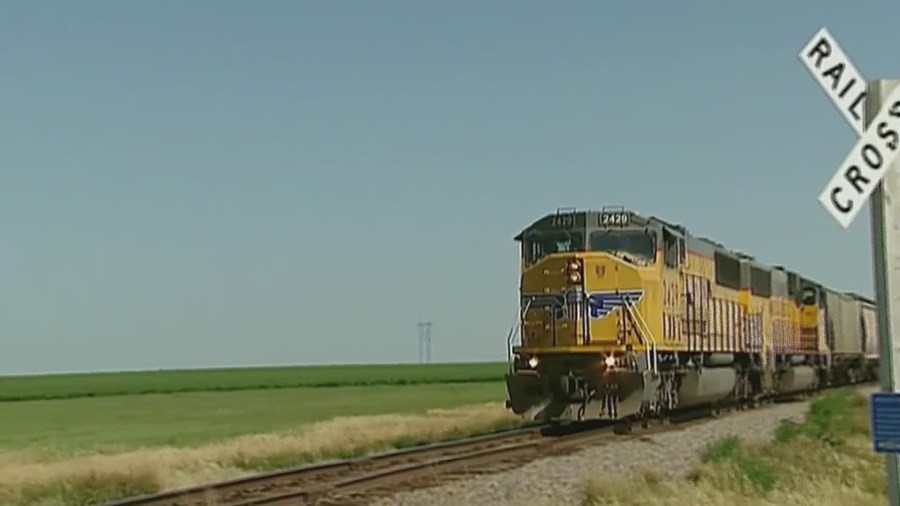 ST. LOUIS – An impending railroad worker strike on Friday could send ripple effects throughout the nation’s economy and the greater St. Louis region which does much of its business.

St. Louis is an integral stop of the supply chain journey and without trains, the wheels of transportation and commerce will come to a halt.

“It’s going to be very hard for supply chains that are already behind because of the pandemic,” said Dr. Trilce Encarnacion, supply chain professor at the University of Missouri-St. Louis.

According to the Association of American Railroads, if trains stop, $2 billion per day would be lost. Amtrak is canceling long distance rides starting Thursday.

“It’s not like a hurricane where you can stock your pantry or buy something in preparation for it, it’s going to affect the whole system,” Encarnacion said.

St. Louis is known as a major hub for the transportation of goods between barges on the Mississippi River and numerous train routes.

“A lot of the grain exports or grain important they travel through the river or they get loaded from a barge to a rail car,” Encarnacion said. “A lot of it happens here.”

“This is harvest season right now and rail is how we get a huge percentage of our crops to market and this is a tough time for that,” said Josh Hawley, Missouri Senator.

If a strike were to happen it’s not only going to put a stop to train transportation of goods, but it’s also going to impact people in their everyday lives with already inflated food prices at the grocery store running the risk of getting higher.

“There are a lot of people who it will really hurt,” said Don, Schnucks customer.

Moving goods by trucks will cost consumers. According to the Consumer Price Index, grain and flour prices used for food like cereal are up 16%. The rest of the food pyramid such as meat, fish, fruits, and vegetables, are up 10%.

“You gotta kind of have to just sacrifice things differently there, so I know our average household is definitely seeing a lot of differences,” said a Schnucks customer.

The deadline to avoid a strike is just a minute after midnight Thursday leading into Friday.