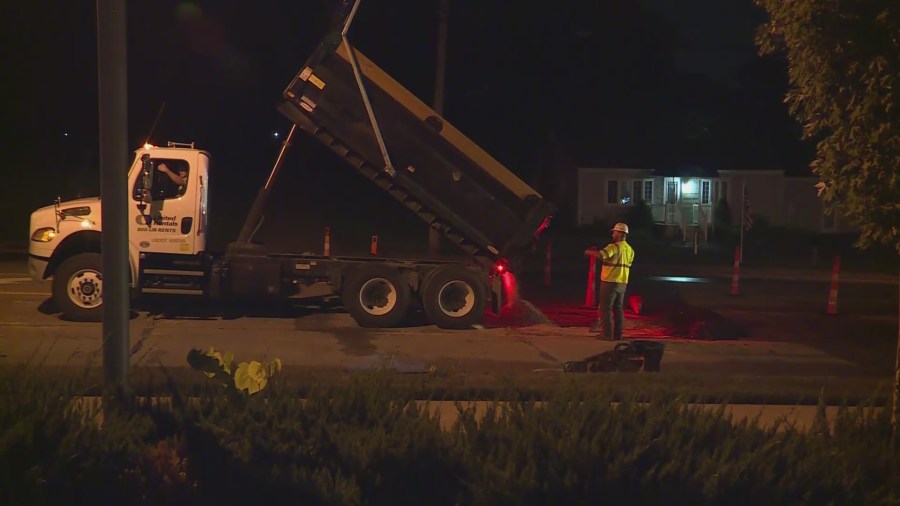 CHESTERFIELD, Mo. – This St. Louis area heatwave is leading to an increase in water main breaks.

Crews were clearing the scene Thursday morning on Chesterfield Parkway West near Olive and Highway 40 after they finished repairing one of the latest water main breaks. Missouri American Water officials said this was one of six water main breaks reported Wednesday in the area. Workers told FOX 2 they spent all night there repairing the break in time to clear the roadway for the morning commute.

Missouri American Water officials said there are multiple factors leading to dozens of recent water main breaks. These include an aging infrastructure system, the extreme heat causing the soil to shift around pipes, and the increased demand for water during the summer months putting more pressure on the system.

At times during the summer, Missouri American Water may pump up to twice as much water through its system than in the winter.

“So in the summer months, you know that hot extreme weather affects the ground as well, and so the soil gets hot and shifts underneath the pipes, and that combined with our high pressure that we pump into the system to keep up with demand is that perfect ecosystem in order for a water main break,” Missouri American Water external affairs manager Samantha Williams said.

That spokesperson cautioning drivers to slow down when they see work crews.
We’re told crews like the workers who were out here are working around the clock right now fixing water mains breaks.