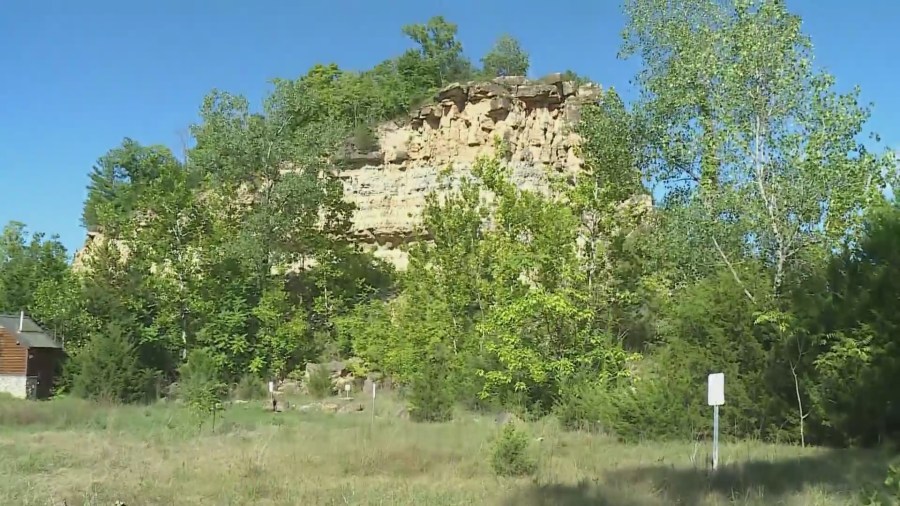 ST. CHARLES COUNTY, Mo. – The St. Charles County park officials discussed the importance of following trail rules after a 17-year-old died Tuesday from falling off a cliff while hiking in Klondike Park.

Some park visitors said the high rock formations are ideal for hiking, but they can also be dangerous.

“I wouldn’t say this is exactly for beginners,” said Jalen Brown, a park visitor.

A 17-year-old male lost his footing when he was hiking in a restricted area and fell 100 feet to his death.

Fleck said there have been two previous incidents where hikers fell, but both survived. He said there are at least a half dozen of signs to keep visitors from entering a bluff similar to where the teen had fallen from.

“We are out in the parks trying to make sure the public is enjoying the park safely, so if they see something that someone shouldn’t be doing they’ll stop them,” said Fleck.

Police said the teen was with another adolescent at the time of the incident. It’s unclear which route the hiker took, but the trail fits the description by authorities.

Some visitors said risky behavior is frequent throughout the park.

“I feel like it happens a lot, people are just natural rule breakers,” said Clarissa Podario, a park visitor. “We always want to go where we shouldn’t go. We think that we can handle things that we can’t handle, so unfortunately accidents like that happen.”

Park officials urged visitors to heed warnings and to be cautious when heading out.

“It’s important to wear proper fitting shoes that match the terrain,” said Fleck. “I would say let somebody know where you’re going and how long you’ll be out. And it’s always good to have a properly charged cellphone with you. You don’t want to rely on it, but it can help.”

Police have not released any further details. FOX 2 will give updates as more information becomes available.