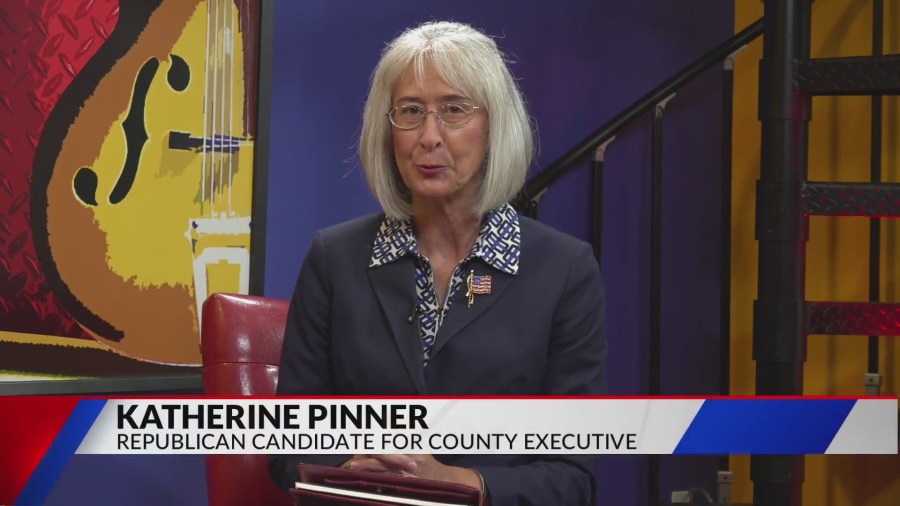 CLAYTON, Mo. – The Republican candidate for St. Louis County Executive says that her name will remain on the ballot. This was after she told the Republican Central Committee last week that she would be withdrawing from the race.

Pinner missed the election board’s deadline to remove her name and needed a court petition to have it removed from the ballot. She beat former Missouri state Representative Shamed Dogan in August to secure the party’s nomination by just over 7,000 votes. The Republic Central Committee would not have been able to replace her with someone who was on the ballot.

This is a blog post that Pinner posted this morning:

I am affirming candidacy for the office of Saint Louis County Executive as chosen by the voters in the Primary Election to represent them in the November General Election.

Thank you to the citizens of Saint Louis County for your overwhelming support and encouragement leading up to, during, and since the August Primary. I appreciate your thoughtfulness for those of you who have offered support, kindness, and prayers. You are the reason I decided to put my name on the ballot. To clarify, my name has appeared on the ballot consistently since February 22 which was opening day for candidacy.

I want to begin by saying I am not a politician. I am a concerned citizen who is exercising a constitutional right to run for office to uphold the freedoms of the citizens through representative government and civil service. My name appears on the ballot because I am truly concerned with the direction the county and the country are headed and because I believe in returning to our country’s core principles as outlined in the US Constitution by improving the quality of life for all Saint Louis County residents. The intent of government is to work for the taxpayer, not the reverse.

My background, experience, and certifications in organizational development, education, and innovation – combined with common sense – lend themselves extremely well to the position of Saint Louis County Executive as defined in the Charter.

A core principle of representative government that my family and schools reinforced is that those in service may be varied in their occupations and backgrounds. Some are inventors, writers, businesspeople, doctors, philosophers, scholars, entrepreneurs, and a variety of other occupations from all walks of life. This is the beauty of our country, and the opportunities for service are many. As we look forward to November, it is extremely encouraging to know that there are members of both parties as well as residents in surrounding communities who believe in the Constitution and the principles of this country and who are committed to course correcting.