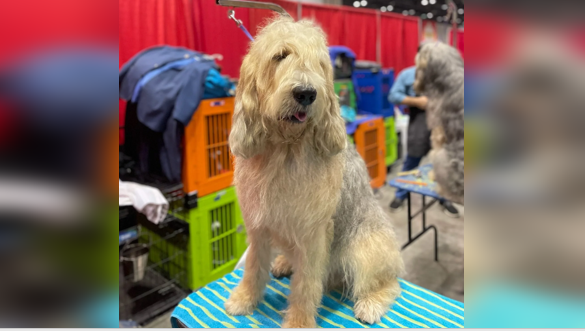 ST. LOUIS COUNTY – An extremely rare dog that went missing at the end of August was found Tuesday.

Tito is a championship-winning endangered otterhound. He went missing the day his family arrived at their new home in west St. Louis County.

A missing dog flyer was stuck to a stop sign just 20 feet from a construction site a man named Chuck was visiting. He found Tito in the foundation of that home under construction.

Mason Miller, Tito’s owner, posted in the Facebook group Finding Tito that he weighed over 100 pounds when he went missing. He now weighs about 60 pounds and is getting medical care. Click here to see where Tito was found.

“It is truly the product of luck intersecting with an incredible outpouring of effort,” Miller said.

According to the American Kennel Club, there are fewer than 800 otterhounds left in the world, making them rarer than the black rhino or giant panda.

Where AI fits in the Sam’s Club tech portfolio