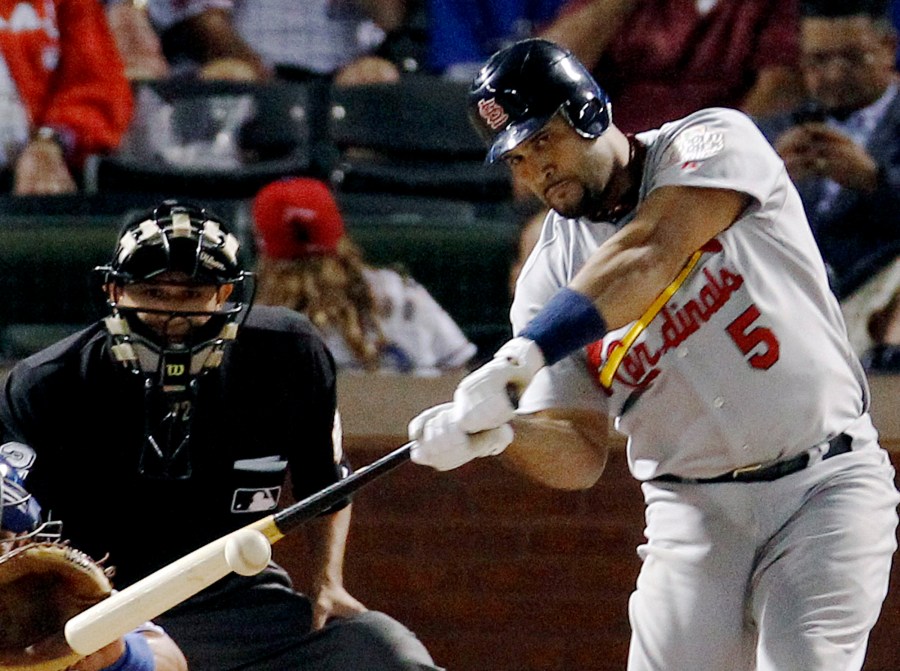 ST. LOUIS – As Albert Pujols nears 700 career home runs in the final weeks of his baseball career, FOX 2 explored a highly-discussed topic earlier this week… Do postseason home runs count toward the record? The short answer, no.

That said, the St. Louis Cardinals legend has another unique place in baseball hstory when it comes to round-trippers. With 697 regular season home runs and 19 career postseason home runs, Pujols is the only player in MLB history to rank in the Top 5 of both categories.

For the postseason records, recognized separately from the all-time records, Pujols is tied for fifth place.

Although Major League Baseball does not specify a specific reason as to why regular season and postseason stats are divided online, researchers say it’s possibly due to an unfair advantage for talents who didn’t regularly make postseason and dissimilar play from years past.

For instance, when Babe Ruth’s 714 career home runs stood as the record for several decades, postseason only consisted of one series, ultimately a best-of-seven World Series. In 2022, Pujols could have the potential to play in four postseason series or 22 total games this season due to how the league has evolved, plus more games might make that measuring stick a little more scewed if it included regular season and postseason action.

Needless to say, Pujols has had some memorable postseason blasts to complement his record chase, including an epic go-ahead blast on the brink of elimination off of Houston’s Brad Lidge in 2005 and a three-home run game against the Texas Rangers in the 2011 World Series.

There are 19 games left to Pujols to attempt at 700 or more regular season home runs. The Cardinals, with a magic number of 12, could make postseason for the fourth straight season for Albert to add on his postseason record as well.

These Robot Mops Are Actually Worth the Splurge, According to Cleaning Pros