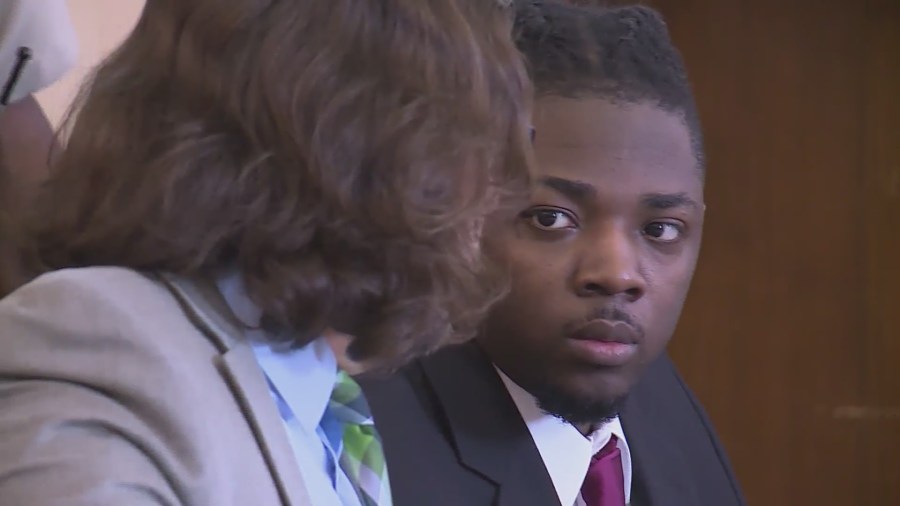 Prosecutors called six witnesses to testify in the trial of Stephan Cannon, one of two men accused of killing David Dorn a little over two years ago.

The city’s chief medical examiner, Dr. Michael Graham, testified that Dorn died as a result of gunshot wounds to his chest. He’d been shot four times. The jury viewed the autopsy photos.

Dorn was 77 years old when he died on June 2, 2020, while responding to a burglar alarm at a friend’s business, Lee’s Pawn and Jewelry. Looters broke into the store around 2 a.m. and Dorn was fatally wounded when he confronted them.

Cannon, a Glasgow Village resident, was arrested just days later and charged with Dorn’s murder. A second man, Mark Jackson, was charged with second-degree murder, first-degree robbery, first-degree burglary, stealing $750 or more, and three counts of armed criminal action. At least four other people were charged in connection with looting the business.

Dr. Graham said Dorn’s wounds did not appear to have been caused by a high-velocity round, but under cross-examination, said there was no ballistics found inside the body. On redirect, prosecutor Marvin Teer Jr. had Graham explain that Dorn’s wounds were not consistent with a high-velocity round because that kind of ammunition would show more injury and damage than what could be observed on the slain police captain.

Detectives took the stand throughout the day to discuss the investigation that led to Cannon’s arrest on June 6, 2020, and subsequent evidence discovered at that time.

A police sergeant said officers located a .22 caliber pistol and ammunition inside a north St. Louis County apartment where Cannon had been staying. They also found a television that had been reported stolen from Lee’s Pawn and Jewelry. Police said they discovered a grocery bag on the floor of the apartment containing dreadlocks and braids that Cannon had recently cut. Another detective seized two cellphones belonging to Cannon.

Defense attorney Brian Horneyer had the sergeant confirm police did not seize any clothing tied to the shooting or suspect; namely, a black Adidas jacket or white baseball cap seen in surveillance photos on the night of Dorn’s murder.

St. Louis homicide detectives took the stand Tuesday and said a woman living in the apartment was able to identify Cannon after showing her the surveillance photos, despite the subject in the images having their face covered. She said Cannon had cut his hair approximately two days or so before his arrest. This woman and her boyfriend had allowed Cannon to live with them for a few months prior to the shooting. She told the defense that a third person later identified as Kevin Perkins had brought the stolen television into her apartment and not Cannon.

The prosecution’s most important witness, accused accomplice Mark Jackson, testified Tuesday afternoon. Jackson said he and Cannon have known one another for seven years and were friends at one time. At one point on the evening of June 1, 2020, Jackson said he, Cannon, and a third person got into his Pontiac G6 and drove around town looking for places to loot amid rioting in the city.

Jackson said they looted some stores before going to Lee’s Pawn and Jewelry well after midnight on June 2. According to Jackson, Cannon was wearing a black Adidas tracksuit and white hat. Jackson claimed he was inside the pawn shop when David Dorn arrived. He told the jury he hid inside the store when Dorn fired two shots into the air to disperse the crowd. He then heard more gunshots before Cannon came to the front of the store and called out that it was time to leave.

Jackson said he did not see Dorn’s body and was unaware at the time Cannon had shot the retired captain. He spoke with Cannon next time via the Facebook Messenger app and said that’s when Cannon admitted to shooting Dorn.

He admitted to telling police different stories to cover for Cannon but found himself charged with murder. Under cross-examination, the defense played eight different clips of Jackson’s interrogation for the jury, showing him attempting to lie or deflect detectives from their investigation.

Horneyer played clips of Jackson telling detectives, “You tell me what to say and I’ll say it,” and “I’ll witness whatever you want me to witness.” Jackson said he meant in terms of telling the truth.

Jackson admitted to signing a plea agreement approximately two months ago, but without any guarantee of a reduced sentence.

“My only expectation is to clear my name,” he said.

However, the defense pointed to pretrial testimony in which Jackson said he expected to get just two years for his cooperation.

Detective Joseph Corson, the lead investigator on the case, testified the woman who lived in the apartment recognized the Adidas jacket. He also pointed out that the jacket was similar to one seen on Cannon’s Facebook profile. However, attorney Horneyer had Corson clarify that the prominent white stripes seen on the jacket in the surveillance images could not be seen on the jacket worn by Cannon in the profile picture.

An earlier profile picture on Cannon’s Facebook page showed him holding two guns. Corson said one of the guns was a .22 caliber pistol, but could not conclusively identify the second. However, he said it looked to be a firearm with the same or higher caliber.

Det. Corson testified that he believes the evidence and witnesses he spoke with point to Cannon as the person who shot and killed Dorn.

Horneyer had Corson admit there were no eyewitnesses at the scene and nobody there to implicate Cannon as the shooter. In addition, Horneyer pointed out there was no camera angle from the scene that shows the gun being fired, nor the individual who shot the gun, and that you could not see anybody’s face who may have been the shooter.

Corson told the court the murder weapon has never been recovered and clothing worn by the shooter has not been found either.

The defense will call its first witness Wednesday morning. The trial is expected to conclude this week.