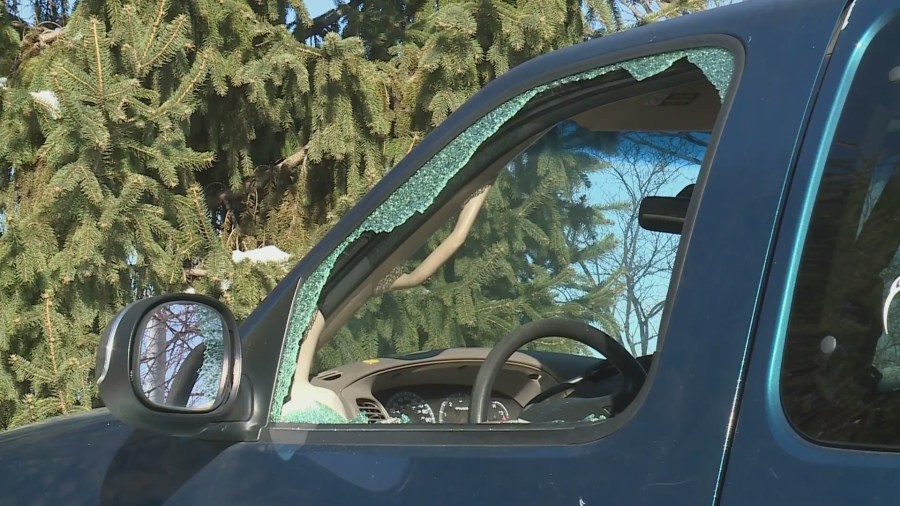 ST. LOUIS COUNTY, Mo. – Car break-ins and vandalism sparked frustration among many motorists in St. Louis County authorities say juveniles may be the cause of the problem.

One St. Louis County resident who does not want to be identified said both of her vehicles have the windows smashed in. She said she have to pay close to $400 to fix the damage on one of her cars. Authorities said juveniles may be the cause of the problem.

”It makes me angry that we work hard for our stuff and people break it,” said St. Louis County resident. “The police told me that it’s mainly juveniles and they can’t do anything.”

St. Louis County police said there were a total of 2,236 cases in 2021 of car vandalism and break-ins. By 2022, it had increased to 2,370. St. Louis County Police Chief Kenneth Gregory told FOX 2 Elliott Davis, that they are arresting a lot of juveniles for those crimes.

”Well, one of the biggest things that we’re dealing with now, Elliott is the fact that we’re locking up a lot of juveniles involved in these types of break-ins,” said Gregory. “The juvenile laws that the family court has to abide by, and a lot of time these juveniles are being released back to their parents with the fact that they have broken in the cars. The most that is done to them is their written up. Family courts release them to their parents with the opportunity of going back out there and doing the same. We see a lot of that.”

St. Louis Prosecuting Attorney Wesley Bell said he voiced the same concerns, but he believes criminals are using the kids for the crime.

“These rings are targeting younger people because they know that they are not going to be held accountable,” said Bell. “Many of the folks in these car thefts are getting younger and younger. We have no control over whether those individuals are charged. So, one option would be to bring the juvenile prosecutors in with the adult prosecutors in the sense of being under the same umbrella that we can address these issues holistically.”

Fitch said he thinks juveniles are a huge problem, but he said the change in the State Legislature didn’t help.

“Remember two years ago, the legislature changed, it used to be when you were 17, you were an adult,” said Fitch. “Now, when you’re 17, you’re a juvenile. So, a lot of those cases are being held in the family court as opposed to the adult court.

Gregory said one of the problems is people putting valuables in their cars, especially guns. He said the perpetrators are most often looking for firearms and that’s the reason for many of the break-ins.

Gregory said those who are committing the crimes are armed and will fire at citizens who try to intervene.

Many stated a summit of law enforcement, political leaders, and Juvenile Justice Leadership is needed to come up with a plan to combat the growing crime.

Why some students would not get bus service for school