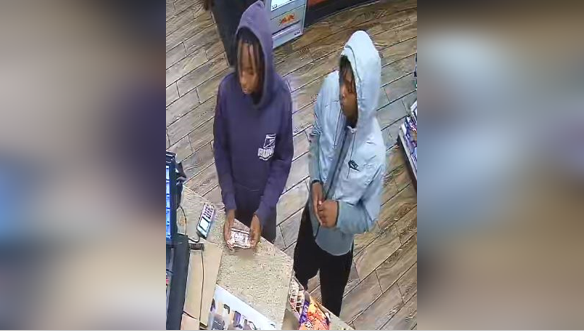 ST. LOUIS – The police are asking for the public’s help finding persons of interest related to a homicide.

The suspects are considered armed and dangerous. Police said they “frequent the Fountain Park neighborhood.”

The incident they are wanted in connection with is the June 21 shooting death of Brandon Murphy, 28. Another man in his 20s was injured in the shooting.

Police arrived at the Crown Mart Gas Station located in the 900 block of North Kingshighway Boulevard at approximately 6:09 p.m. They found Murphy in the driver’s seat of a black sedan suffering from gunshot wounds. The other victim was privately taken to the hospital before police arrived. He was listed in critical/unstable condition.

Anyone with information is urged to call the Homicide Division directly at 314-444-5371, or anyone with a tip who wants to remain anonymous and is interested in a reward can contact CrimeStoppers at 866-371-TIPS (8477).