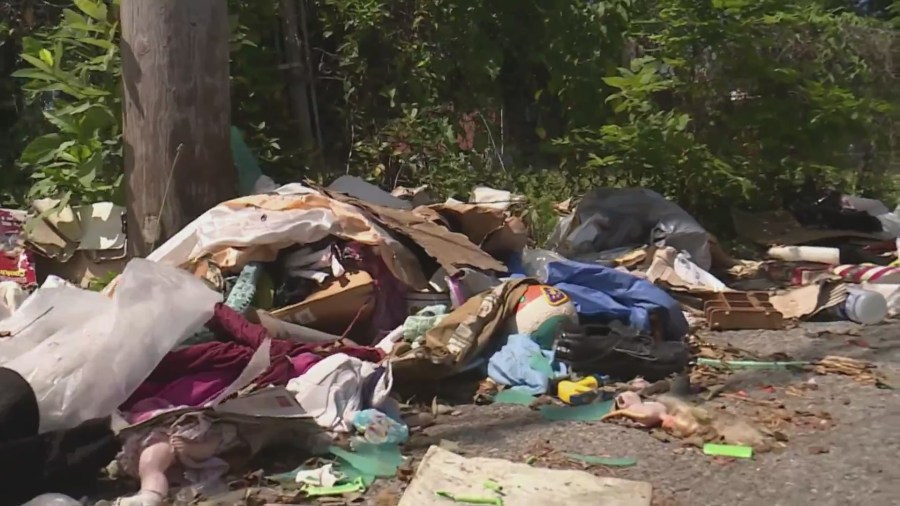 ST. LOUIS – Garbage is piling up around St. Louis residents. Many say it’s trashier than ever.

You can imagine how the heat is adding to the problem, magnifying the smell.

He says the garbage is accumulating all over.

“Something has to be done because this is getting out of control,” Jones said. “It’s not from residents here. It’s people that drive by and looking for a place to dump and then they dump and then they’re gone.”

Another woman said the illegal dumpers are getting more brazen.

“It’s not even at night anymore,” she said. “It’s all through the day and they will just dump and dump and there’s nothing being done.”

The residents say they’ve contacted the Citizen’s Service Bureau (314-622-4800) for help but little is ever done.

“They say, ‘We’ll get someone down there. We’ll have a truck come out and look at everything,’” the woman said, but it only results in a drive-by viewing of the area.

In a May 25 news conference, the St. Louis Refuse Division told residents that help was on the way, despite being short about 10 drivers at the time.

“Most of the time they say they’ll send somebody out and then you look for them, you wait for them, and after an hour, you know nobody’s coming,” Jones said.

The city says it’s working to catch up on staff while taking a more strategic approach. It’s now tracking places with the most trash to focus on those areas while bringing back recycling and adding hundreds of surveillance cameras to catch illegal dumpers.

St. Louis aldermen complained two weeks later during a June 9 board meeting that their response has not been good enough.

“This the worst I’ve seen the trash service ever in all the 31 years I’ve been involved with the City of St. Louis,” Alderwoman Sharon Tyus (Ward 1) said. “I’ll go out and drive a trash truck myself.”

Tyus was joined by several other alderpersons concerned St. Louis may never be able to catch up.

Inside the experimental world of animal infrastructure