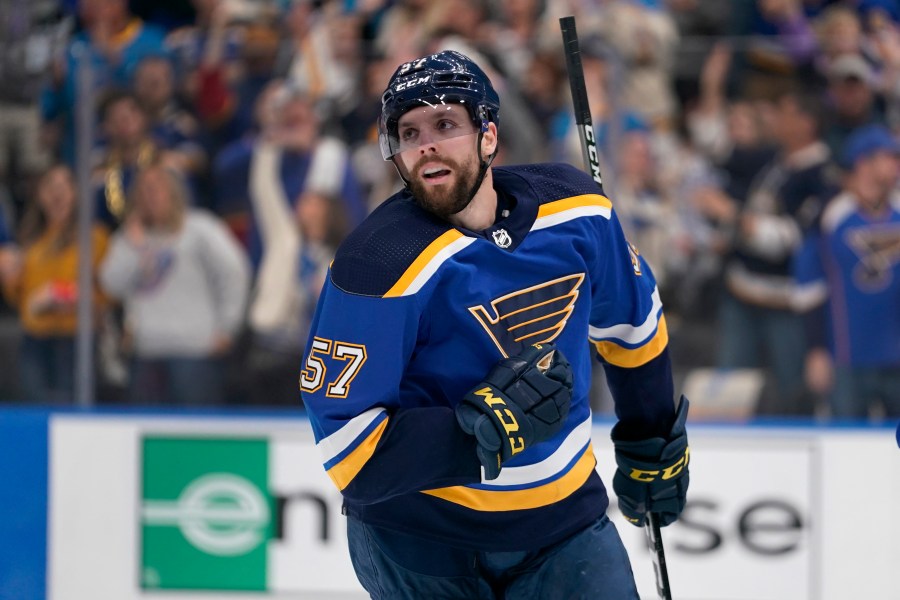 ST. LOUIS – After three stints with the St. Louis Blues, David Perron is on the move once again.

The Blues lose the veteran forward to free agency as Perron has agreed to a two-year deal with the Detroit Red Wings. The Athletic reports the annual average value of his contract is worth $4.75 million.

Perron, a 2019 Stanley Cup champion, recently wrapped up his 15th NHL season and 11th with the Blues. The Quebec native resurged his career during his previous four-year deal with the Blues, posting a 0.88 points-per-game clip over 251 contests. Perron’s 196 goals and 465 points with St. Louis rank among franchise-best, and he finished last season with a career-high 27 goals.

A report first surfaced Monday that Perron might be difficult for the Blues to retain under salary cap restrictions. According to Jeremy Rutherford, Blues beat writer for The Athletic, Perron was seeking a deal of at least three years with an annual $7 million price tag.


Challenging offseason decisions loom ahead for the St. Louis Blues

The Blues entered the free agency period of the offseason with around $9 million in cap space. Meeting Perron’s request would likely have made it tougher for the Blues to pursue additional free agents in the offseason or make trades into the next campaign.

As Perron joins the Red Wings, it marks the first time he has signed a professional hockey contract with a team outside of St. Louis. His previous two stints with the Blues ended in 2013 when he was traded to the Edmonton Oilers and in 2017 when the Blues lost him via the expansion draft to the Vegas Golden Knights. The Red Wings will be Perron’s sixth career team, who also played with the Pittsburgh Penguins and Anaheim Ducks after mid-career trades.

NYC Uber rides are the most expensive in America