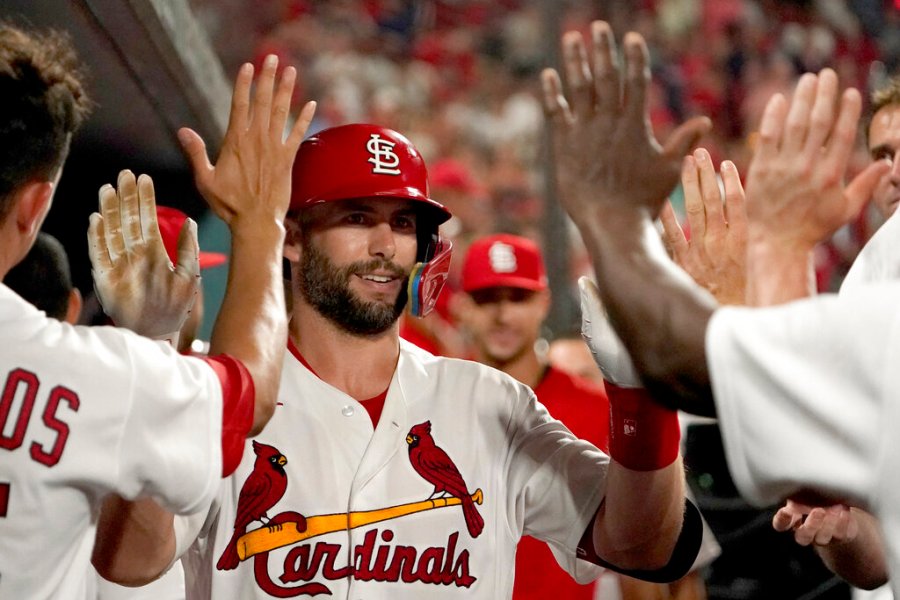 The Cardinal first baseman makes the All-Star team for the seventh time in his career. Goldschmidt beat out New York Mets slugger Pete Alonso in the fan voting for the first base starter. The 34-year-old made six MLB All-Star appearances between 2013-2018 as a member of the Arizona Diamondbacks.

Goldschmidt’s Cardinals Teammate Nolan Arenado narrowly missed out on earning the All-Star start. Arenado lost out to San Diego Padres star Manny Machado for the best percentage of the third base vote, with a slim 51% to 49% margin.

The league only announced All-Star starters Friday. MLB will announce the All-Star reserves on Sunday. Earlier in the day, MLB Commissioner Rob Manfred selected Cardinals legend Albert Pujols as a legacy pick for the midsummer classic.

The 2022 All-Star game is on July 19th from Dodger Stadium in Los Angeles.