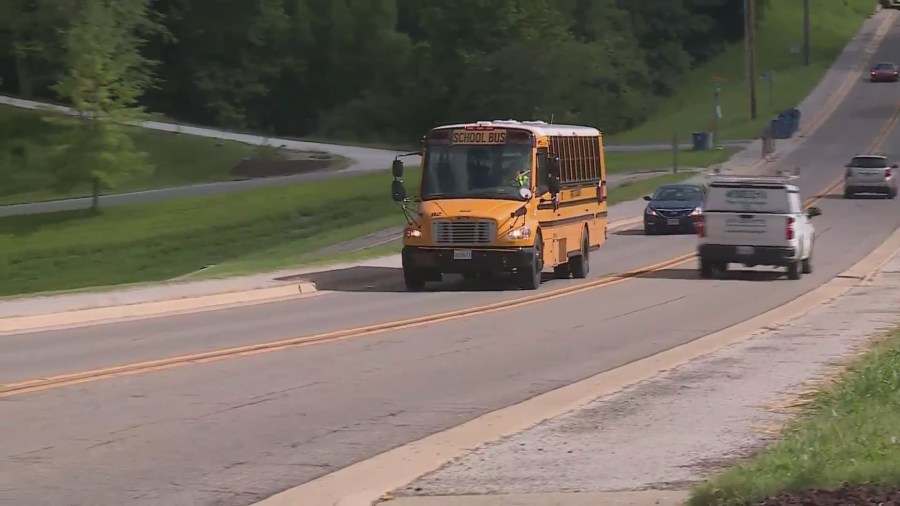 COLLINSVILLE, Ill. – Some Collinsville School District parents are fighting to change their kid’s bus route, which is now across the road at a busy intersection.

“You want to ask your kids if they had a great day at school, you don’t want to find out if they crossed the street before you can ask them that,” said Courtney Mordis.

When school started Wednesday, the new bus route left her 10-year-old son across the street in tears.

“He was very shaken because he knows not to cross this road at any given time,” said Lee Mordis, the boy’s father. “Even after we stood here, he was crying and upset.”


Top Story – Solar storm: Where the auroras are visible in Missouri

Parents said they would like to see their kids dropped off further down the road or on their street.

If you’re coming down Galli lane, it may be difficult to see oncoming traffic when you enter Keebler Road because of a hill. According to the Illinois Department of Transportation, more than 6,000 cars travel on Keebler Road a day.

A resident of over 30 years who wishes to remain anonymous said he’s seen countless accidents.

“Everybody just runs up and down the road like crazy,” said the resident. “And it’s just getting so much worse.”

The bus company the school uses, First Student, tells the Mordis family the route is full, and they are unable to change it.

However, a spokesperson from First Student also said the following statement:

“We are in the process of conducting a review of this particular stop. If we determine it can be safely moved to a different location, we will adjust the bus route accordingly.”

“It’s easier to change a bus route than it is to bury your kid,” Lee said.

FOX 2 reached out to the Madison County Sheriff’s Department and the City of Collinsville for comment about possible solutions to make Keebler safer, but we have not received a response yet.

Authenticity and freedom through beauty filters on social media