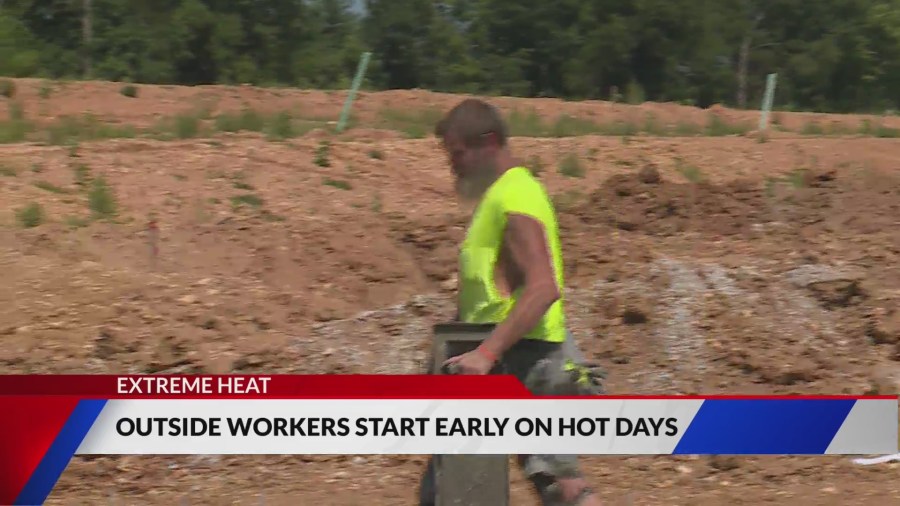 ST. LOUIS – Extreme heat is moving back into the region and that means dangerous conditions for those who work outside.

The biggest thing is to start their days earlier than usual. Crews shared that they plan to start working at 5 a.m. to try and beat the heat. Here’s a video that was captured Tuesday as a concrete crew laid a foundation for a new home. One worker told us he started at 6 a.m. Monday so they could finish earlier and avoid being outside during the hottest part of the day. That’s the plan for outdoor workers here and around the St. Louis area during this heat wave, start earlier and finish earlier.

The concrete workers explained that the heat makes the concrete set faster. So they are not only battling the extreme heat, they have to work faster in it as well. Here is what one worker told us about dealing with st. Louis summer heat.

“We start early, try to beat the heat, try get done as much as we can in the morning that way we can get out of here at a decent time,” the crew member said. “Ya know, we just show up, go to work, ya know you still got a job to do no matter how hot it is. Like I said, drink lots of fluids and try to stay as cool as possible.”

The Download: a cannabis disorder conflict, and ever-hotter heatwaves