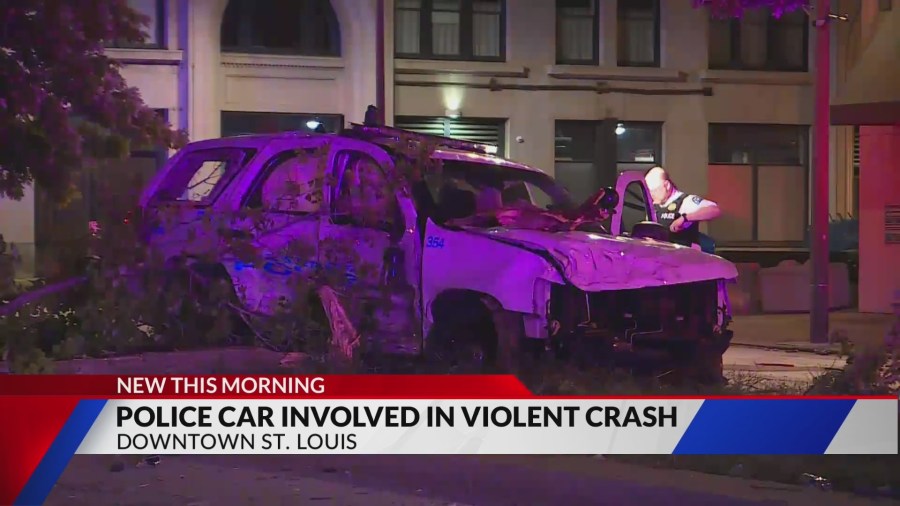 It happened around 2 a.m. on Tucker Boulevard and Locust. Two St. Louis Metropolitan Police Officers were traveling with lights and sirens in a marked police SUV on their way to aid another officer when they collided with a car.

The men in both cars were taken to an area hospital leaving the two officers with minor injuries. The driver of the other vehicle was taken to the hospital by a fire department ambulance.