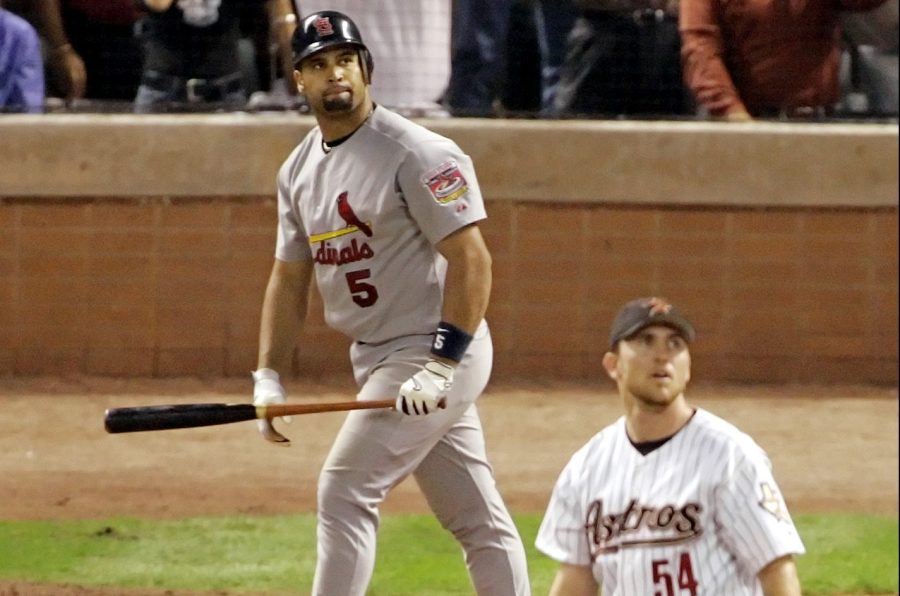 While the St. Louis Cardinals legend won’t retire until the 2022 campaign ends, he cannot add to his historic home run count past the regular season finale on Oct. 5, or at least for what qualifies in MLB’s all-time record books.

Major League Baseball only recognizes regular season achievements for its all-time leaderboards in terms of career statistics. That means stats such as home runs, hits, victories and more are recognized based on what players did during games outside of postseason.

“[Up to] 163 games are basically part of the regular season in MLB. So, these counts are taken in the career stats of the players. But the stats if formatted into the postseason, then they are not counted anymore in the career stats,” says HonestBaseball.com.

“Postseason achievements are not counted by MLB in players’ career statistics, which are an accumulation of performance numbers during regular-season play. However, players do have career postseason statistics kept, only separate from the regular career numbers,” says BaseballScouter.com.

Although MLB does not specify a specific reason as to why regular season and postseason stats are divided on its website, researchers say it’s possibly due to an unfair advantage for talents who didn’t regularly make postseason and dissimilar play from years past.

For instance, when Babe Ruth’s 714 career home runs stood as the record for several decades, postseason only consisted of one series, ultimately a best-of-seven World Series. In 2022, Pujols could have the potential to play in four postseason series or 22 total games this season due to how the league has evolved, plus more games might make that measuring stick of that on a regular season scale a little more scewed.

Keep in mind Pujols has played 86 postseason games, due to expanded formats in his era as opposed to just 41 postseason games for Ruth, 17 for Aaron and 48 for Bonds. By the time this season ends, he could have more than double the amount of postseason action as all three. While it’s not the best odds Pujols might be able to beat Ruth’s combined total, postseason home runs would get him closer to third place if recognized.

At an undisclosed point in baseball history, postseason statistics were separated and not considered in a player’s ultimate career numbers. So the 697 career home runs that Pujols has on record are all from regular season games he has played from 2001 to 2022.

Needless to say, Pujols has had some memorable postseason blasts to complement his record chase, including an epic go-ahead blast on the brink of elimination off of Houston’s Brad Lidge in 2005 and a three-home run game against the Texas Rangers in the 2011 World Series.