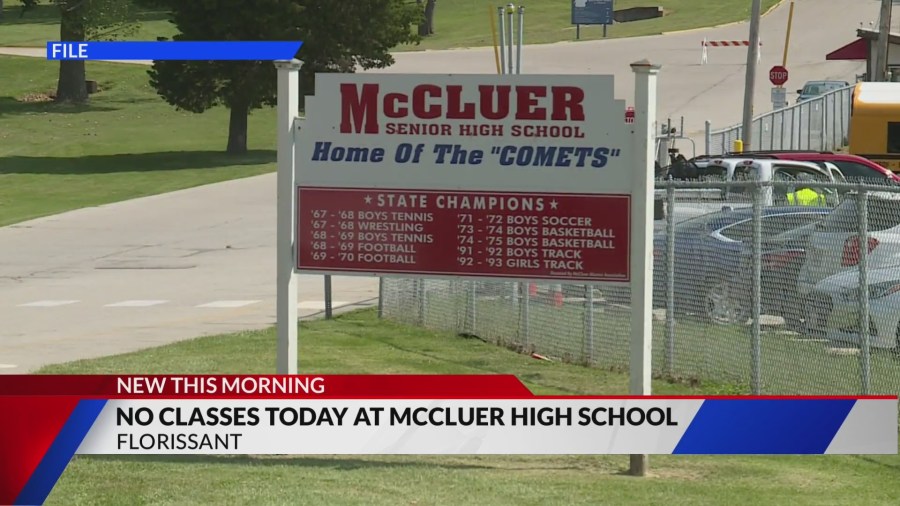 ST. LOUIS – Students at McCluer High School get this Tuesday off.

It’s because things got a little heated there Monday.

On one of the hottest days of the year, part of the air conditioning system went out at the school. Temperatures in some classes rose above 80 degrees. Then, school officials said during lunch, someone set off a smoke bomb in a restroom. During the evacuation, several students began fighting. Officials restored order, and classes continued.

The air conditioning has been fixed, but superintendent Joseph Davis said classes are canceled Tuesday at McCluer High “to pause and press reset.”