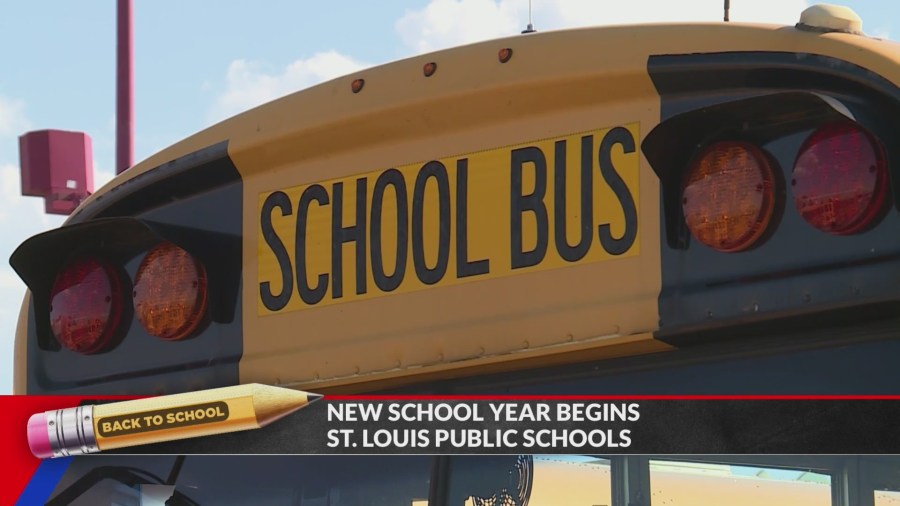 ST. LOUIS – Thousands of kids go back to school Monday, August 22 in multiple districts on the Missouri side of the river.

Among them are larger districts including Rockwood, Parkway, and St. Louis Public Schools.

August 22 is the last first day of school for Adams. He has been the SLPS superintendent since November of 2008, but he is retiring on December 31. Adams is the third longest-serving superintendent in the history of St. Louis Public Schools.

Adams has had accomplishments including leading the district back to full accreditation and turning a $66 million deficit when he started into a $120 million surplus now. However, the district is still facing challenges.

Eight schools will start the school year with no bus service. District Spokesperson George Sells said enough drivers are trained but they are still waiting to take state tests which are backed up.

Sells hopes to have full bus service back by September 6. Sells said 48 of the district’s 62 schools were impacted by recent flooding. We’re told all of the schools will be open but some like Soldan High School where the cafeteria flooded will have adjustments. Adams said students are returning without a huge covid impact.

Adams shared that he plans to stay in St. Louis after his retirement calling St. Louis his “forever home.”

FOX 2 plans to conduct a live interview with Adams when he arrives at 6:30 a.m.