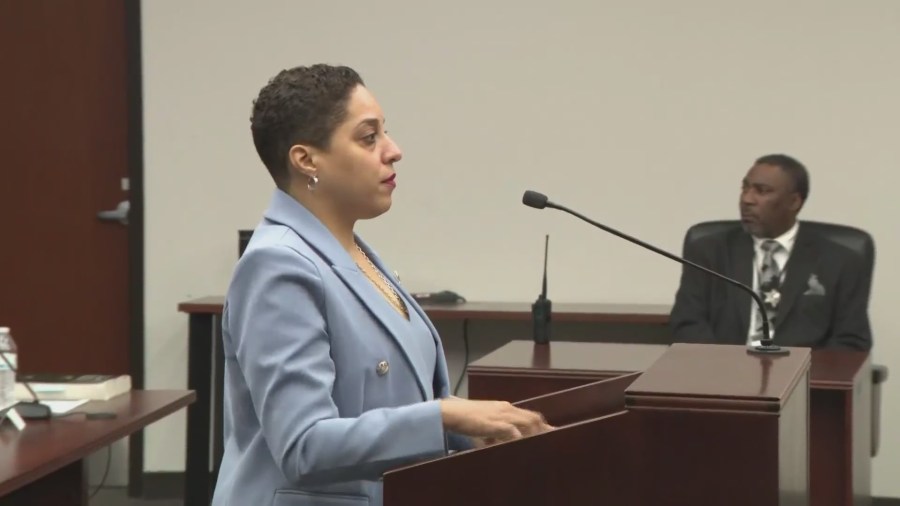 ST. LOUIS – St. Louis Board of Aldermen passed legislation Friday that determines who has the power to investigate police misconduct.

St. Louis Circuit Attorney Kim Gardner was given the authority under the new legislation to investigate police misconduct. The Police Internal Affairs was not given the power to do so.

A new Division of Civilian Oversight within the Department of Public Safety will handle most of the investigations into police misconduct along with a new unit that will be run by Gardner called “Public Integrity Unity.”

The new legislation has the support of Mayor Tishaura Jones and the Coalition of Police Crimes and Repression. The community group was involved in helping craft the legislation.

“I think the main thing that it does, is it provides authority outside the police department to investigate allocations of misconduct,” said group spokesperson John Chasnoff. “So it’s always very hard for any organization to police itself. Moving those investigations outside the police department ensures it will be more fair, more independent, and give us an objective answer about was there misconduct or not. “

“Well this legislation is reckless and it’s impulsive, said alderman Tom Oldenburg (Ward 16). “I think it calls into question a lot of illegality to be completely honest. I think police can investigate themselves, I say that because these are allocations that need to be looked at and you want professional investigators and police officers to have that training and have that professionalism.“

Oldenburg said he is concerned about Gardner getting more power over the police.

“Well, I think at heart we know there’s an acrimonious relationship, right now that exists between the Circuit Attorney’s office and the police,” said Oldenburg. “Now, there’s going to be an office where she can directly investigate police officers. I just think it sets us up for trouble.”

Chasnoff said “it makes sense” for Gardner to be in control of investigating police misconduct.

”Well, it makes sense because she’s been elected by the people,” said Chasnoff. “She’s been given a mandate to take on certain tasks. One of them is to deal with some of the misconduct that’s been going on inside the police department which the community is fed up with. If the job is being well done by the Circuit Attorney, when she comes up for reelection, she’ll be voted back in. If people don’t think she’s doing a good job, we have the chance to vote in somebody else.”

The mayor’s office hasn’t given a date for the signing. The new bill could likely wind up being challenged in court.

Five Things That Happened On July 16 In Soap History