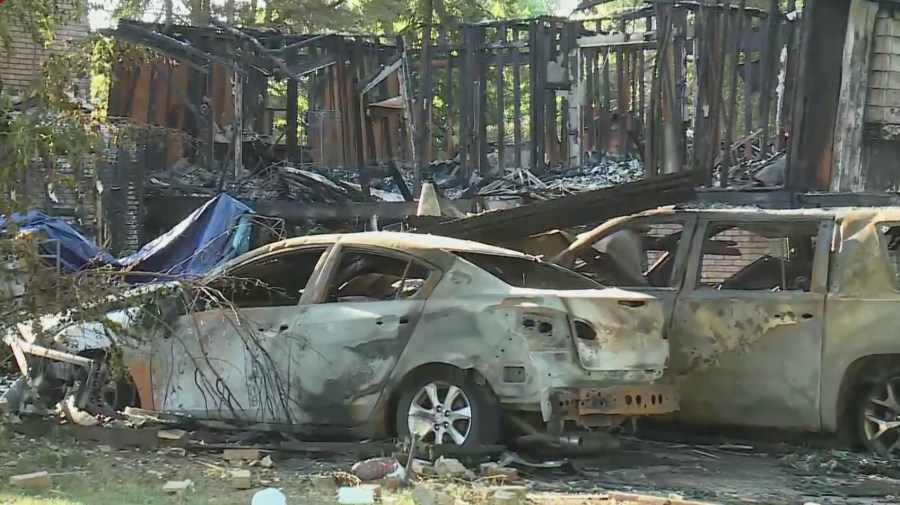 Investigators are still trying to figure out how many people were inside the home at the time of the explosion that rocked the community. The explosion happened around 1:30 a.m. on Parker Road.

Authorities have not released the ages or gender of the victims; however, family members said there were children inside the house at the time of the explosion.

“A huge explosion shook the house,” said one neighbor who did not want to be identified. “My husband and I thought it was a tree. Made our way outside and realized that the neighbor’s home had exploded. So when we came out, the garage was on fire at first.”

“And there were people running and a couple of children,” the resident continued. “I couldn’t really tell who was coming from where. And then a guy ran past, and I said, ‘Is everyone okay?’ He said, ‘No. There’s people trapped in the house. I tried to get one of them out of the backdoor, but I couldn’t.’ So at that point, we started trying to call 911.”

Authorities said the explosion appeared to have started in the garage, leaving the home completely destroyed and some burned-out vehicles.

“Heard a really loud boom. Walked out my front door thinking a car crashed into my house or something,” said another neighbor Bob Mannecke.

Rescue crews, along with the St. Louis County medical examiner, were back out at the scene following the explosion, searching for another possible victim after family members say one of their loved ones was still missing.