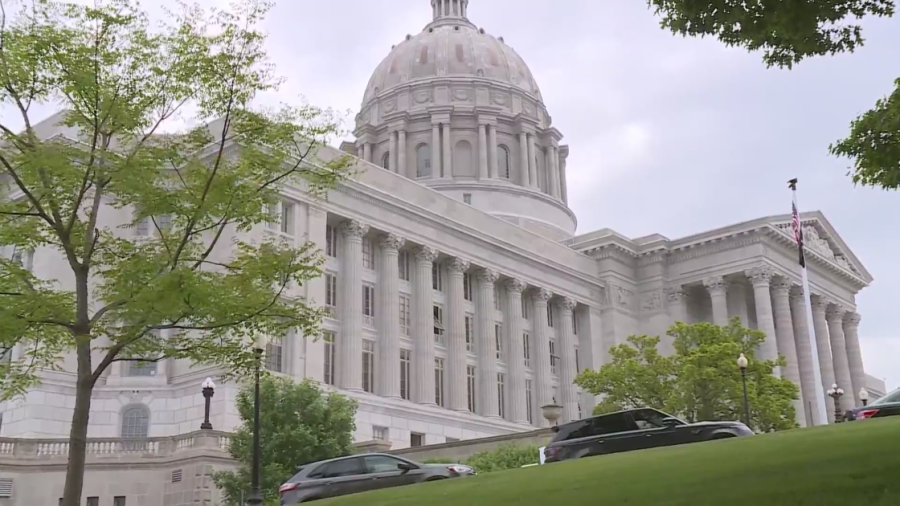 The GOP-led Senate’s compromise plan would immediately cut the top income tax rate from the current 5.3% down to 4.95%. Parson had asked lawmakers to take the top tax rate to 4.8%.

In his special session call, Parson also directed lawmakers to increase the standard deduction by $2,000 for single filers and $4,000 for couples. He limited tax cuts to a maximum $700 million price tag per year.

Senators did not debate a separate proposal mirroring Parson’s wish list on Tuesday.

Instead, lawmakers moved forward on a plan that includes the possibility for even deeper tax cuts. Under the Senate’s proposal, gradual cuts to the top income tax rate would be triggered by general revenue growth benchmarks tied to inflation. Income taxes could drop to as low as 4.5% under the measure.

“This is a very reasoned approach to this,” said Republican Sen. Andrew Koenig, a member of the now-dissolved Conservative Caucus, during Senate debate. “We’re not cutting too fast.”


Trending: Another soccer match canceled at the new St. Louis stadium due to damage

The legislation comes after months of behind-the-scenes negotiations.

Parson proposed the special session as an alternative to lawmakers’ planned one-time tax refund, which he vetoed in June. He called on lawmakers to return to work Sept. 6, but they pushed back work to continue private talks in search of a consensus on the issue.

Some Republicans want even deeper tax cuts, while Senate Democrats on Tuesday pushed to send Missourians one-time checks this year in lieu of income tax cuts that they warned could mean less money for education, infrastructure and other expenses in the future.

The compromise measure needs another vote of approval by the full Senate before it can move to the House.

Catching Up With Krista Tesreau