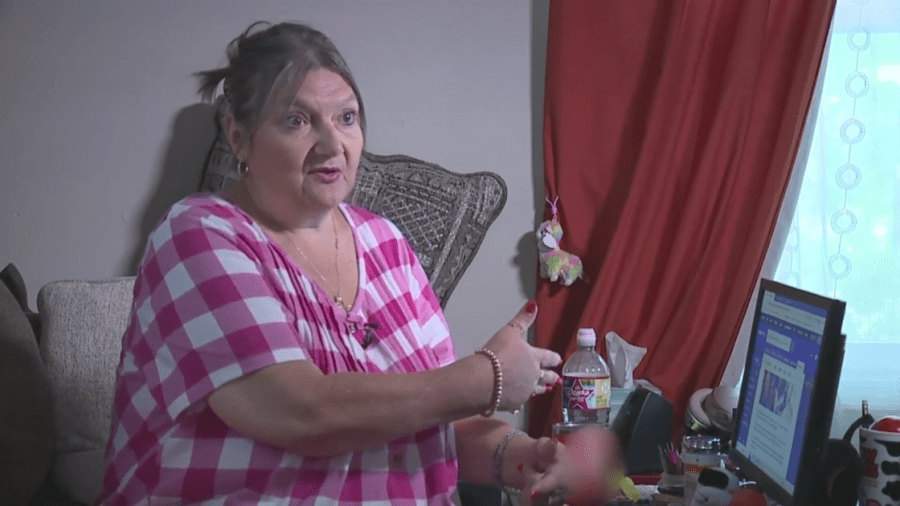 SUGARCREEK TOWNSHIP, Mo. — In the two years since the pandemic – money lost to online scammers has nearly doubled. One Jackson County woman knows that all too well.

“I just want people to know they are out there I want them to know how to spot them,” Susan Strauss said.

Last month Strauss, 62, saw a post in a Sugar Creek community group about a work from home position.

“I was like okay I think I’m going to do this. I’m looking for extra money in this economy who isn’t”? she said.

But almost immediately after responding and downloading an app she found herself in a job interview.

Strauss has lost money to scams 3 times this year, so she was probably on higher alert than most people over 60. But everything seemed legitimate. The app was real, so was the Kansas City staffing company she thought she was interviewing with.

“Great you’ve got 91% on the answers your hired,” the woman referred to as the hiring person told Strauss.

Then it came time to make sure she’d get paid. They asked for a photo of her ID, bank account number and routing information. All what she saw as standard requests. Then they said they’d also need her bank account username and password.

“I wouldn’t give that information to my family members,,” Strauss said.

“Oh now we have to have it, we pay people and they say they don’t get paid so we have to track it,” the woman explained.

Still in the interview she called the actual Kansas City company.

“The corporate office told me you would be surprised how often this happens, this is what’s going around now scammers are using actual companies,” Strauss said.

According to Social Catfish analysis of FBI data, Missourians lost more than $60 million to scammers last year, Kansans nearly $34 million. That’s part of 6.9 $billion in scams in 2021 nationwide.  While young victims are growing at the fastest rate people over 60 still lose the most.

“When people get scammed like that, they lose hope and they lose faith and sometimes people lose money and it makes me angry,” Strauss said.

And the scammers are tough to catch, as soon as the interviewers caught wind she was on to them, Strauss says everything in that app automatically deleted.

So what can you do?